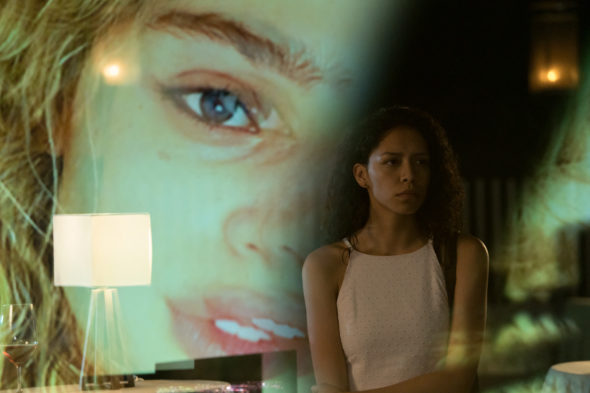 Sasha receives the heart of Becky Lefevre (Reid), a seemingly picture-perfect suburban white girl of means. As Sasha starts taking on traits of her donor, she decides to investigate, which means getting involved with Becky’s family and friends.

Becky’s twin brother, Elliott (Galitzine), is just another self-destructive rich kid. Now sober, he finds himself unable to navigate his grief over his sister’s death. Once he meets Sasha, it becomes even more difficult to move on and bury his past. Meanwhile, Becky and Elliott’s parents, Nancy (Thurman) and Ben Lefevre (Goldwyn), are new-age types who take an interest in the Sasha, because of her connection to Becky.

After the Lefevres get involved in her life, Sasha winds up with a scholarship to a school she doesn’t even want to attend and begins excelling at things that don’t even interest her. She feels like an outsider now, and relies on her old friend, Yvonne (Simpson) and boyfriend TJ (Powell-Arcand), who love Sasha and don’t want to lose her.

Will Sasha ever figure out why Becky is taking over her life? Can she put a stop to it and free herself from this unwanted transformation? Stay tuned.

Series Finale:
Episode #10 — The Crystal Organ
Teetering on the edge of life and death, Sasha struggles to hold on to who she is, while her desperate friends turn to an unexpected source for help.
First aired: April 26, 2019.

What do you think? Do you like the Chambers TV series? Should this Netflix TV show have been cancelled or renewed for a second season?