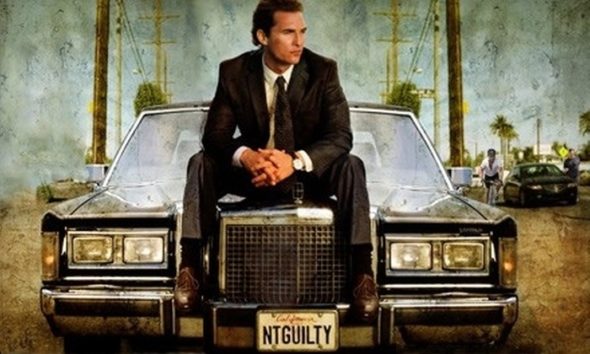 What’s next for The Lincoln Lawyer? According to an interview with author Michael Connelly on the Bestsellers podcast, the David E. Kelley TV show is being shopped around to other networks after CBS passed.

Based on the novel by Michael Connelly, the legal drama centers on Mickey Haller, who is described as ‘an iconoclastic idealist, who runs his law practice out of the back of his Lincoln Town Car as he takes on cases big and small across the expansive city of Los Angeles.’” The novels were adapted as a feature film starring Matthew McConaughey in 2011.

As reported earlier, CBS passed on The Lincoln Lawyer TV show and now the series is being shopped around to Amazon and other potential networks.  Connelly says there is interest from other parties:

The good thing is there appears to be people, networks and so forth that want to just step in and take it.”

And if Amazon picks up The Lincoln Lawyer, Connelly says there is the possibility of a shared universe with Bosch, which is also based on the author’s work:

And to me that is a good sales pitch because then you could have these people and the universe. Yeah, you could have people crossing paths and all that kind of stuff. It’d be fun to do.”

What do you think? Are you a fan of The Lincoln Lawyer? Would you watch the TV series?

Would love to see those two joined!

The Lincoln Lawyer was on two times here in Philadelphia. I have no idea why, as the series seemed like it would be enjoyable. I hope another station purchases it and allows it to show. We cannot get into a series with just 4 or 5 episodes.

I have read all of his books and just started the new one, Fair Warning. His
Bosch Series on Amazon is excellent and that would be a logical fit for
The Lincoln Lawyer

Yes, I would watch The Lincoln Lawyer. I loved the book and also loved the Bosch series on Amazon Prime that was based on Michael Connelly’s books.

I’m hopeful Amazon picks it up. The love and care at which they make Bosch is amazing.