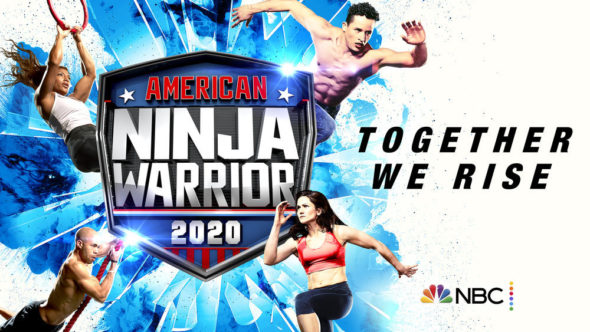 American Ninja Warrior is returning this summer, albeit a bit later than usual, due to the pandemic. NBC has announced that season 12 of the athletic competition will debut on Monday, September 7th, with a pair of episodes. There will be just eight installments this time around versus 16 episodes in season 11.

Deadline reports that The Voice, which typically debuts on a Monday in late September, won’t be ready to launch until later in the fall.

The top 50 athletes will bring along two people from their communities to compete with them for a total of 150 competitors.

To determine the winner during the Finals, the top eight ninjas will compete in a playoff bracket where they will race head-to-head on the Power Tower. The winner will earn $100,000.

Production for the eight-episode series took place in St. Louis at the Dome at America’s Center. “American Ninja Warrior” is the first NBC series to have completed a full season of episodes during the current pandemic.

The most recent cycle of “American Ninja Warrior” last summer averaged a 1.1 rating in adults 18-49 and 5.4 million viewers overall in “live plus seven day” Nielsens and grew after 35 days of digital and linear delayed viewing to a 2.0 in 18-49 and 9.2 million viewers.

The year-ago cycle of “Ninja” scored as Monday’s most-watched program on the Big 4 networks with each of its last five telecasts (“live plus same day”).

The series is executive produced by A. Smith & Co. Productions’ founders Arthur Smith and Kent Weed along with Brian Richardson, Anthony Storm and Kristen Stabile.

What do you think? Do you enjoy the American Ninja Warrior TV show? Will you be watching season 12 on NBC?

Absolutely will be watching it and recording it. Very excited

Need more than 8 episodes. Need 16 like other seasons. Great show athletic. Thanks

Can’t wait. Even a short year is worth watching. Go Phoenix

DO ENJOY! WILL WATCH FOR SURE!