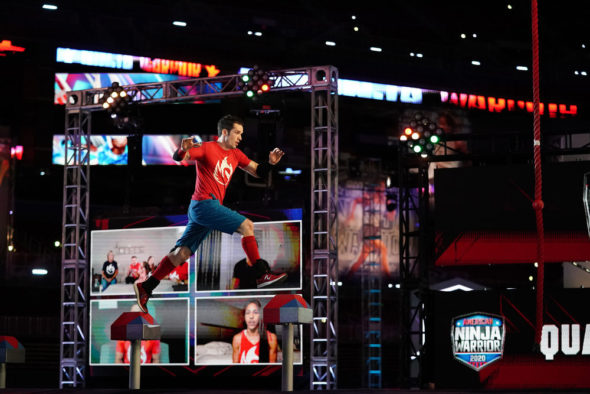 This year, thanks to COVID-19 production delays, American Ninja Warrior will air just eight episodes and the NBC series has been moved to the fall schedule. How will these changes affect the ratings? Will they be higher or lower? Will American Ninja Warrior be cancelled or renewed for season 13? Stay tuned.  *Status Update Below.

An athletic competition series, American Ninja Warrior is hosted by Matt Iseman, Akbar Gbaja-Biamila, and sideline reporter Zuri Hall. The TV show is a high-octane obstacle course competition. Season 12 is filmed inside the Dome at America’s Center in St. Louis and features some of the nation’s top athletes competing in Qualifying, Semi-Final, and Finals rounds of competition. To determine the winner during the Finals, the top eight ninjas compete in a playoff bracket where they race head-to-head on the Power Tower. The winner earns $100,000 as a prize.

11/7 update: You can see the latest night’s ratings in context.

For comparisons: Season 11 of American Ninja Warrior on NBC averaged a 0.86 rating in the 18-49 demographic and 4.66 million viewers.

What do you think? Do you like the American Ninja Warrior TV series on NBC? Should it be cancelled or renewed for a 13th season?