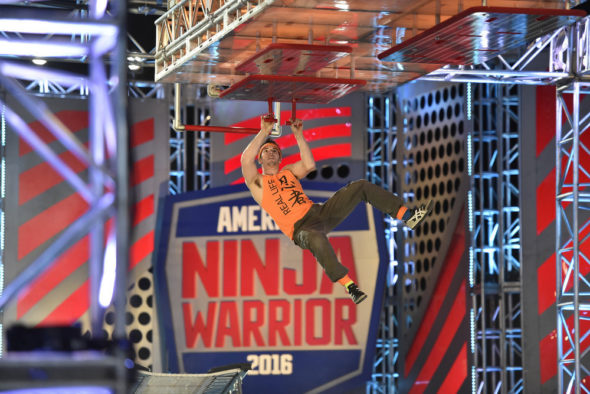 For the 16-part season, fan-favorite competitors from the primetime “American Ninja Warrior” franchise will form 36 teams, each with two men and one woman, all competing to become the ultimate champions. In addition to hosts Iseman and Gbajabiamila, FOX Sports’ Alex Curry will serve as sideline reporter, rounding out the talent commentators.

American ninja warrior: Ninja vs. Ninja is executive-produced by A. Smith & Co. Productions’ founders Arthur Smith and Kent Weed (Hell’s Kitchen, The Dunk King, Spartan: Ultimate Team Challenge), along with Brian Richardson as executive producer. The show is a spin-off of “American Ninja Warrior” which is based on the “Sasuke/Ninja Warrior” format from Tokyo Broadcasting System Television, Inc., and airs on NBC.”

What do you think? Are you a fan of American Ninja Warrior? Will you watch the new series?

Wait, isn’t this basically just Team Ninja Warrior, but with a new name? Just with more teams and set at night? Don’t get me wrong, I love Ninja Warrior and will definitely be watching it, but it’s not really a “new” spinoff.

I enjoy American Ninja Warrior and will surely check out this spin off.