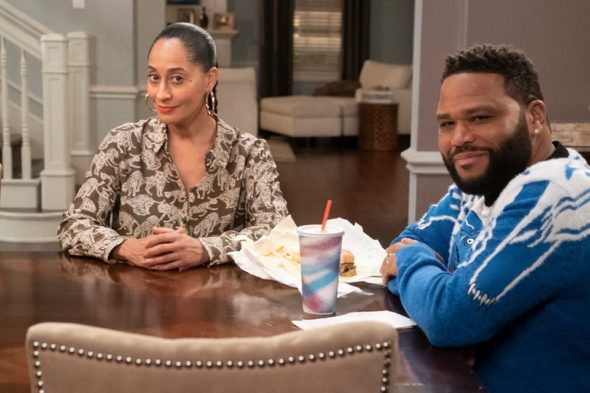 Does your family enjoy watching the Johnson family? Has the Black-ish TV show been cancelled or renewed for a seventh season on ABC? The television vulture is watching all the latest cancellation and renewal news, so this page is the place to track the status of Black-ish, season seven. Bookmark it, or subscribe for the latest updates. Remember, the television vulture is watching your shows. Are you?

Airing on the ABC television network, Black-ish stars Anthony Anderson, Tracee Ellis Ross, Laurence Fishburne, Yara Shahidi, Marcus Scribner, Miles Brown, Marsai Martin, Jenifer Lewis, Peter Mackenzie, Deon Cole, and Jeff Meacham. Wealthy ad executive Dre Johnson (Anderson) and his wife, anesthesiologist Rainbow (Ross), want to give their children the best of life, as well as a strong foundation for a bright future. They’re determined that those will include a strong sense of cultural identity and respect for their past. That’s not always easy in a rapidly changing world.

The sixth season of Black-ish is averaging a 0.59 rating in the 18-49 demographic and 2.63 million viewers. Compared to season five, that’s down by 24% and 20%, respectively. Find out how Black-ish stacks up against other ABC TV shows.

Will ABC cancel or renew Black-ish for season seven? The series is still doing okay and has been sold in syndication so, Disney is making a lot of money from this program. I think it will be renewed, providing the stars and creator want to continue. I’ll update this page with breaking developments. Subscribe for free alerts on Black-ish cancellation or renewal news.

5/21/20 update: Black-ish has been renewed for a seventh season on ABC.

What do you think? Are you glad that the Black-ish TV show has been renewed for a seventh season? How would you feel if ABC had cancelled this TV series, instead?

I am a white 66 year old woman who was an educator and School Psychologist for over 30 years. I think this show is sensational for weaving in the commonalities we have in marriages and relationships, families and child/ teen development. The show is brilliant in its ability to teach about race relations and the ongoing plight of African Americans through serious family discussions and also through the use of humor. I LOVE the show!!!! Thank you.

Wow that show is sooooooo boring