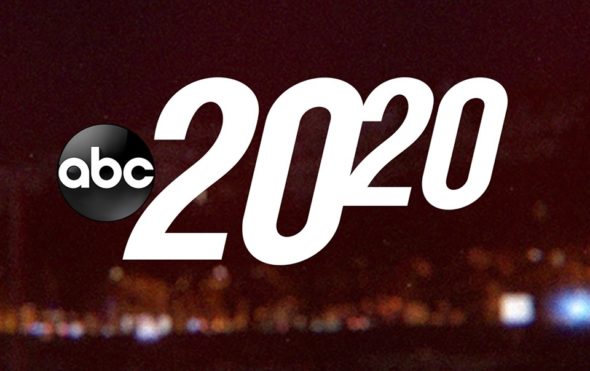 How long will this news magazine continue? Is the 20/20 TV show cancelled or renewed for a 43rd season on ABC? The television vulture is watching all the latest cancellation and renewal news, so this page is the place to track the status of 20/20 season 43. Bookmark it, or subscribe for the latest updates. Remember, the television vulture is watching your shows. Are you?

Airing on the ABC television network, 20/20 is a primetime news magazine, which combines investigative news reports with human interest stories and other features. Journalists David Muir and Amy Robach currently anchor 20/20 for ABC News. Roone Arledge created 20/20, which first premiered in June of 1978.

Will 20/20 be cancelled or renewed for season 43 on ABC? The show’s ratings improved in season 41 and it’s been a good and cost-effective performer for the network for decades. I don’t see this series ending anytime soon. Still, I’ll keep an eye on the Nielsens and update this page with breaking developments. Subscribe for free updates on any 20/20 cancellation and renewal news.

What do you think? Are you glad that the 20/20 TV show has been renewed for a 43rd season? How would you feel if the network cancelled this TV series, instead?

DO NOT CANCEL THIS SHOW , it is great ! I love to watch it , the stories are great , informative!! There are A LOT. Of stupid shows on , this is not one of them !!! KEEP THIS SHOW .