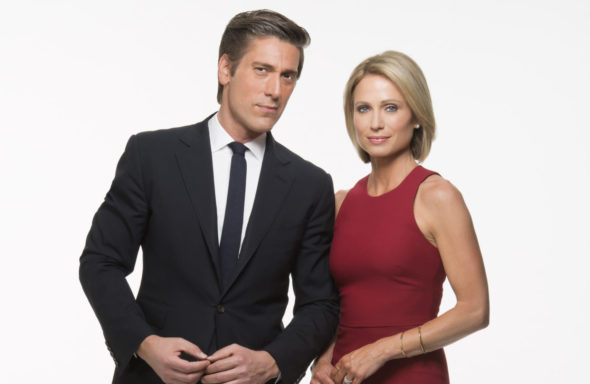 Are viewers ready to see more stories? Has the 20/20 TV show been cancelled or renewed for a 44th season on ABC? The television vulture is watching all the latest cancellation and renewal news, so this page is the place to track the status of 20/20, season 44. Bookmark it, or subscribe for the latest updates. Remember, the television vulture is watching your shows. Are you?

Will ABC cancel or renew 20/20 for season 44? The ratings have declined quite a bit over the years but the show is a staple of the network schedule. I have no doubt that it will be renewed for the 2020-21 season. I’ll update this page with breaking developments. Subscribe for free alerts on 20/20 cancellation or renewal news.

What do you think? Are you glad that the 20/20 TV show has been renewed for a 44th season? How would you feel if ABC had cancelled this TV series, instead?

I love 20/20, David Muir and Amy Robach are great reporters…David can state or report on a very serious, frightening event. But he states all of the facts plainly and succinctly so you understand it fully. Amy is an almost carbon copy of his style of reporting. They get to the heart of the matter with intelligence, truth, compassion, and sincerity and I always feel calmer and more informed after listening to
them. Please keep them. They Are truly representative of American Media at its best.

I love 20 20. I record it and watch later so I can fast forward through commercials. I believe Amy Robach is one,of the very best