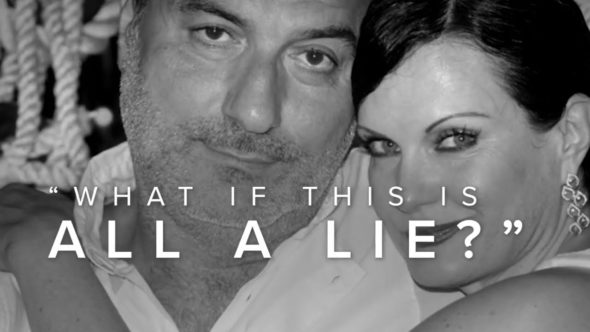 Airing on the ABC television network, The Con TV series is narrated by Whoopi Goldberg. The show explores the troubling tales of people taken in by claims and promises that proved too good to be true. It delves into a myriad of topics, from identity fraud and misleading romance to the high-profile college admission scandal and Fyre Festival. The reports reveal how the victims were fooled and the cost of their false trust — both emotionally and financially. Episodes feature interviews with key people caught up in the scams, including victims and eyewitnesses, and, in some cases, law enforcement and the perpetrators themselves.

The first season of The Con averaged a 0.32 rating in the 18-49 demographic and 2.03 million viewers. Find out how The Con stacks up against other ABC TV shows.

Will ABC cancel or renew The Con for season two? The series is relatively inexpensive to produce and could serve as a good filler for the network’s schedule, much like the long-running What Would You Do? series. I think it will be renewed as long as the producers can come up with compelling new topics and stories. I’ll update this page with breaking developments. Subscribe for free alerts on The Con cancellation or renewal news.

What do you think? Do you hope The Con TV show will be renewed for a second season? How would you feel if ABC cancelled this TV series, instead?

I loved The Con – especially with Whoopi Goldberg narrating. Her comedic timing and wry approach to this depressing subject created lots of interest for me. The producers do a good job of bringing different viewpoints into the stories that are covered. I love the way the show calls out law enforcement when they screw up (unlike American Greed) and the way the show signs a spotlight on despicable cons and their destructive acts. I really hope ABC renews this show for a second season.

The background music is so loud it drowns out or overshadows the actors voices. Tone it down or turn it off all together, it rea lily is not needed.

In my area, only three episodes aired. I think there were news reports/election specials that pre-empted the series. I haven’t been able to get any information through on demand or the internet. I was really enjoying the series and was looking forward to the episode on the Saudi Prince. I’m getting ready to try to contact Whoopi Goldberg directly! Lol!

Seems to me there were four episodes but the last one was pre-empted for election news. I assumed they would at least broadcast that one, as no one saw it. Am I wrong about four episodes?

I keep checking for that last episode on the Saudi prince since it was pre-empted and can’t find it!!!! I love the show & hope it’s not cancelled!!!! & I agree with you there is nothing wrong with Whoopi’s voice I love her!!!!

I watched one time, it’s a good show but bad choice for host “you know who”. Get rid of her and I, for one would watch it. I purposely turn the channel.

The voice of Whoopi was fine. Saw nothing wrong with the choice.