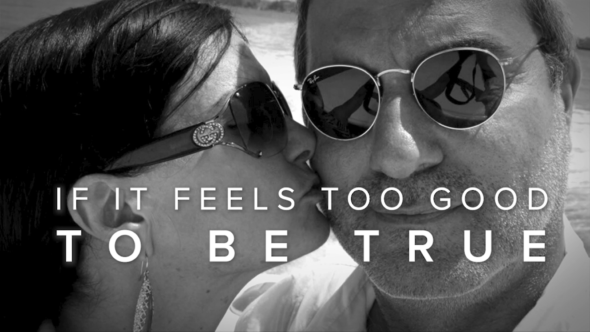 The series about swindles and scams is returning after more than a year away. ABC has renewed The Con TV show for a second season. Season two will debut this Thursday at 10:00 PM. Fatal Flaw will move to 8:00 PM for the final two episodes of its season.

A documentary program from ABC News, The Con TV series is narrated by Whoopi Goldberg. The show explores the troubling tales of people taken in by claims and promises that proved too good to be true. It delves into a myriad of topics, from identity fraud and misleading romance to the high-profile college admission scandal and Fyre Festival. The reports reveal how the victims were fooled and the cost of their false trust — both emotionally and financially. Episodes feature interviews with key people caught up in the scams, including victims and eyewitnesses, and, in some cases, law enforcement and the perpetrators themselves.

Airing on Wednesday nights, the first season of The Con averaged a 0.32 rating in the 18-49 demographic and 2.03 million viewers. The eight episodes aired between October 2020 and March 2021.

Duplicity, broken promises and greed … ABC News Studios’ primetime series “The Con” returns for season two, narrated by Emmy(R), GRAMMY(R), Tony(R) and Oscar(R) winner and moderator of “The View” Whoopi Goldberg. Each week Goldberg takes viewers inside the shocking tales of deceit and fraud, revealing the con artist’s schemes, devasting costs, and hope for justice as told by the key people who lived the life-changing events. Podcaster Laci Mosely (“Scam Goddess”) joins the series as a featured expert making weekly appearances. Season two of “The Con” premieres Thursday, July 28 (10:00-11:00 p.m. EDT), on ABC, and next day on demand and on Hulu.

In the series premiere, “The Faithful Investor,” Goldberg introduces viewers to Aubrey Lee Price, a once beloved Georgia pastor turned financial advisor. Price, who came to boast over 100 clients in his portfolio and millions of dollars in assets, turned his attention to a floundering small-town bank in need of funding. An opportunity that he thought would be his cash cow ended up being “the nail in his coffin.” He had no way to pay back his investors, most of whom were the faithful parishioners who trusted Price with their life savings when things did not go as planned. The father of four boarded a ferry from Key West to Fort Myers, Florida, after sending what amounted to suicide notes to friends and family. He disappeared in June 2012 while his victims were left to pick up the pieces of their lives and ruined retirements, but a routine traffic stop solved the mystery of what happened to Aubrey Lee Price. “The Faithful Investor” includes interviews with Price’s victims, attorneys and even the preacher himself, who takes a turn at confession.

This season, “The Con” will feature the stories of Jim Bakker, who prosecutors say has been up to his old tricks conning his faithful followers with a sham COVID cure; the stories of a complex love fraud with victims spanning the country; ill-gotten gains in the film business; a counterfeit ring fueled by extreme couponing and graphic design skills; and the billion-dollar heist of the century that threatened the global financial system.

About The Intellectual Property Corporation
The Intellectual Property Corporation (IPC), a part of Sony Pictures Television, is an Emmy(R)-winning content creation and production studio based in Van Nuys, California. Founded in 2016 by Eli Holzman and Aaron Saidman, IPC develops and produces premium television, film, documentary, commercial and interactive mobile content for global streamers and US broadcast and cable networks. Recent productions include “Indian Matchmaking” and “Night Stalker” (Netflix); “Selena + Chef” (HBO Max); “We’re Here” and “The Swamp” (HBO); “This Is Paris” (YouTube Originals); “The Last Narc” (Amazon); “The Substitute” (Nickelodeon); “Empires of New York” (CNBC); and “The Con” (ABC). IPC is a two-time Emmy Award recipient and a Producers Guild Award recipient for its series “Leah Remini: Scientology & the Aftermath” (A&E).

What do you think? Did you enjoy watching the first season of The Con TV series? Will you be watching season two on ABC?

I can hardly wait! Good show.