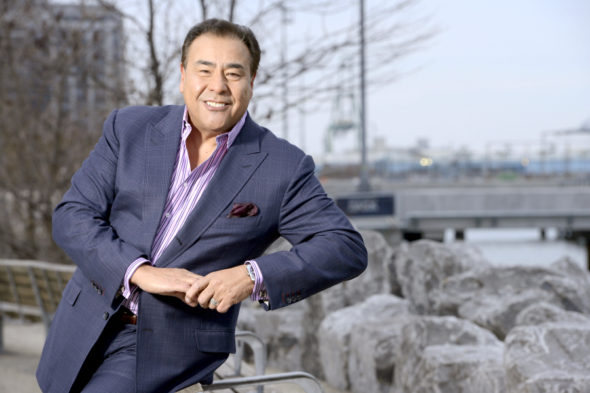 Get ready for a brand new season of What Would You Do? The series has been renewed and will premiere its new season next week on the alphabet network.

The return of the ABC series was revealed on the show’s Facebook page. There have been several previews released for the new season. Check some of them out below.

What Would You Do? will return with its 16th season on Tuesday, July 7th.

NEW SEASON OF HIT ABC SHOW ‘WHAT WOULD YOU DO?’ WITH ANCHOR JOHN QUIÑONES RETURNS THIS SUMMER WITH BRAND-NEW SCENARIOS

A new season of ABC’s hit show “What Would You Do?,” hosted by anchor John Quiñones, returns this summer with brand-new scenarios on a new night and time slot – Tuesdays at 10:00 p.m. EDT on ABC. The premiere episode features a scenario about how people react in both Mississippi and New York to a man publicly displaying the Confederate flag, airing on the heels of Mississippi lawmakers voting to remove the Confederate symbol from the state flag. The season premiere of “What Would You Do?” airs Tuesday, July 7 (10:00-11:00 p.m. EDT), on ABC. New episodes air every Tuesday.

“What Would You Do?” reveals how people behave when they think no one is watching by using hidden cameras to record real reactions to thought-provoking scenarios. In its 12th year on television, the program continues to bring audiences together, providing them with hope by showcasing the kindness of strangers. Celebrity guests appearing in heartwarming scenarios this season include actress Sutton Foster, Olympic figure skater Adam Rippon, professional WWE wrestler Nia Jax and “GMA3: Strahan, Sara & Keke” co-host Sara Haines.

Tuesday, July 7, scenarios include the following:

· A white man enters a restaurant wearing a jacket with the Confederate flag on it. Nearby, a Black customer sees the jacket and politely asks the man to remove the jacket, saying he finds the symbol offensive. The white man refuses to remove the jacket, saying he has the right to wear what he wants. How will diners in Mississippi react when they overhear this? How will customers react in New York when the same scene is played out?

· A man experiencing homelessness is buying a cup of coffee in a coffee shop when the cashier offers to give him some free food. The manager overhears and berates the cashier for her actions. How will bystanders at this Missouri coffee shop react as the tension increases?

· A mother and her young son are shopping in a clothing store. The young boy is dressed in a full superhero costume and is trying to enlist other customers to help him in his quest to destroy evil. As the mother becomes embarrassed and annoyed by what she claims is the child’s overactive imagination, she asks him to stop pretending to be a hero and instead act like a normal child. Will other shoppers say something to the mother trying to rein in her child’s creativity?

Quiñones has reported extensively for all ABC News programs and platforms, and served as anchor of “Primetime” during his over 35-year tenure at ABC News. He has been recognized for his excellence in journalism including receiving seven Emmy(R) Awards.

What do you think? Are you a fan of this ABC TV series? Will you watch the new episodes starting next week?

Yes I would watch, would even watch reruns from past episodes

I am glad that What Would You Do will come back for the 16th season. I can’t wait to see the new episode.