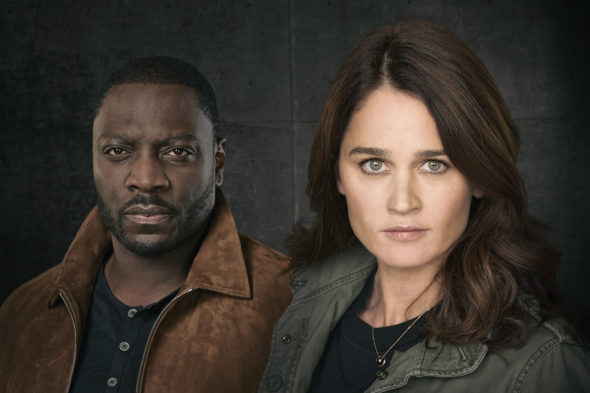 ABC has some new shows in store for the new year. Today, the network announced the premiere dates for their upcoming series The Fix, Grand Hotel, and Whiskey Cavalier.

From executive producer Eva Longoria, Grand Hotel (June 17th at 10 p.m. ET/PT) is a “provocative drama set at the last family-owned hotel in multicultural Miami Beach.” Meanwhile, Whiskey Cavalier (February 27th at 10 p.m. ET/PT) stars Scott Foley and Lauren Cohan as the heads of “an inter-agency team of flawed, funny and heroic spies who periodically save the world—and each other—while navigating the rocky roads of friendship, romance and office politics.”

Midseason Return Dates Confirmed for Dramas ‘Grey’s Anatomy,’ ‘How to Get Away with Murder,’ ‘The Rookie,’ ‘Station 19’ and Comedies ‘black-ish,’ ‘The Conners,’ ‘Fresh Off the Boat,’ ‘The Goldbergs,’ ‘The Kids Are Alright,’ ‘Modern Family,’ ‘Single Parents,’ ‘Speechless’ and ‘Splitting Up Together’

Eight weeks of two-hour “20/20” programming kicks off on FRIDAY, JAN. 4 (9:00-11:00 p.m. EST), and features brand-new interviews with key players in the biggest newsmaker stories in recent American history. Each documentary takes a look at these cases through a modern lens, challenges original perceptions, and sheds new light on each story.

Below are premiere dates for new and returning shows (all times listed are ET):

ABOUT THE NEW SHOWS

“The Fix”
Starring Robin Tunney, Adewale Akinnouye-Agbaje and Scott Cohen, “The Fix” follows Maya Travis, an L.A. district attorney who suffers a devastating defeat after prosecuting an A-list movie star for double murder. With her high-profile career derailed, she flees for a quieter life in rural Washington. Eight years later, when this same star is under suspicion for another murder, Maya is lured back to the DA’s office for another chance at justice. “The Fix” is executive produced/co-written by Elizabeth Craft & Sarah Fain and Marcia Clark. Michael Katleman is an executive producer along with Laurie Zaks, David Hoberman and Todd Lieberman from Mandeville TV. Produced by ABC Studios.
Facebook: @TheFixABC Twitter: @thefixabc Instagram: @thefixabc Hashtag: #TheFix

“Grand Hotel”
Eva Longoria executive produces this bold, provocative drama set at the last family-owned hotel in multicultural Miami Beach. Charismatic Santiago Mendoza (Demian Bichir) owns the hotel, while his glamorous second wife, Gigi (Roselyn Sanchez), and their adult children enjoy the spoils of success. The hotel’s loyal staff round out a contemporary, fresh take on an upstairs/downstairs story. Wealthy and beautiful guests bask in luxury, but scandals, escalating debt and explosive secrets hide beneath the picture-perfect exterior. Produced by ABC Studios, the show is based on the Spanish series. Brian Tanen is the writer and executive producer. Longoria and Ben Spector (UnbeliEVAble) are executive producers, in addition to Bob Daily. Bill D’Elia is a director and an executive producer.
Facebook: @GrandHotelABC Twitter: @GrandHotelABC Instagram: @grandhotelabc Hashtag: #GrandHotel

“Whiskey Cavalier”
Following an emotional breakup, Will Chase (codename: “Whiskey Cavalier”), played by Scott Foley, is assigned to work with badass CIA operative Francesca “Frankie” Trowbridge (codename: “Fiery Tribune”), played by Lauren Cohan. Together, they lead an inter-agency team of flawed, funny and heroic spies who periodically save the world – and each other – while navigating the rocky roads of friendship, romance and office politics. The series is from writer/executive producer Dave Hemingson and executive producers Bill Lawrence and Jeff Ingold. Peter Atencio is director and executive producer (pilot), and Scott Foley is producer of the series from Warner Bros. Television.
Facebook: @WhiskeyCavalierABC Twitter: @WhiskeyCavalierABC Instagram: @WhiskeyCavalierabc Hashtag: #WhiskeyCavalier”

What do you think? Do you watch ABC? Which new shows will you check out in 2019?

I absolutely loved Grand hotel and I love how Craig Brian from general hospital is on the show and I hope and pray that they are renewed for a second season because it was a huge cliffhanger to see mr. Mendoza shot not knowing who did it which I have a suspicion on who did but I’d like to see what happens and I also would love to see The Fix come back for a second season as well it was very intense and loved every second of it I give them both five stars each!