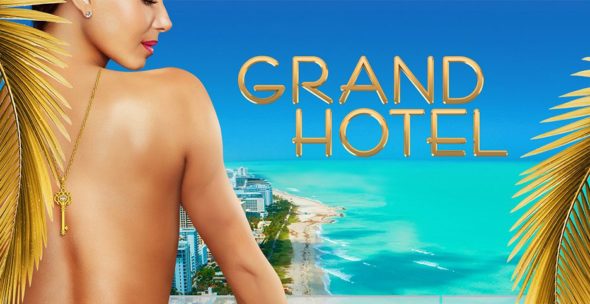 Do you feel at home with the first season of the Grand Hotel TV show on ABC? As we all know, the Nielsen ratings typically play a big role in determining whether a TV show like Grand Hotel  is cancelled or renewed for season two. Unfortunately, most of us do not live in Nielsen households. Because many viewers feel frustration when their viewing habits and opinions aren’t considered, we’d like to offer you the chance to rate all of the Grand Hotel season one episodes here. *Status update below.

What do you think? Which season one episodes of the Grand Hotel TV series do you rate as wonderful, terrible, or somewhere between? Should ABC cancel or renew Grand Hotel for a second season? Don’t forget to vote, and share your thoughts, below.

Super disappointed! Grand Hotel was an awesome show, and really gave me something to look forward to watching each week during the summer months. Terrible decision to cancel this, ABC! I hope someone else will pick it up!

Definitely not happy that we were left hanging! Maybe they could do a couple of shows to wrap things up properly????

Soooo not happy they cancelled Grand Hotel and the way they left you hanging is a real bummer!

Loved this Series. Please come back.

I was really looking forward to Season 2. Grand Hotel was was just starting to get popular. Give it one more chance. At least it was different then the same ole same ole shows.

I really, really hope Grand Hotel returns for 2nd season. I love series that have a good story line that makes one anxious for the next episode week after week.

Loved Grand Hotel. I hope it continues on to season 2