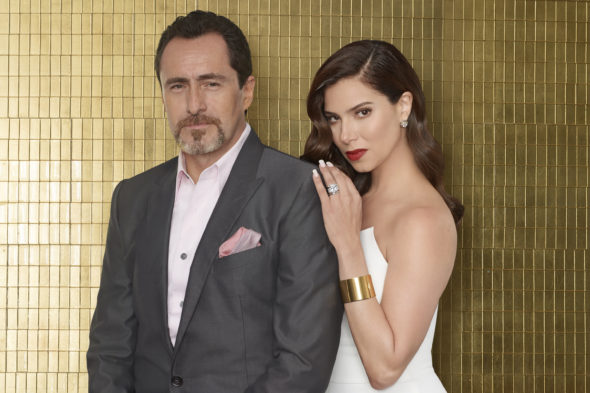 ABC is heatin’ up this summer. Recently, the network announced the premiere dates for their new TV shows, Grand Hotel and Reef Break.

Meanwhile, Reef Break (June 20th at 10 p.m. ET/PT) “is a sexy, action-packed, one-hour drama, starring Poppy Montgomery as Cat Chambers, a thief-turned-fixer for the governor of a stunning and seductive Pacific Island paradise.”

Eva Longoria executive produces this bold, provocative drama set at the last family-owned hotel in multicultural Miami Beach. Charismatic Santiago Mendoza owns the hotel, while his glamorous second wife, Gigi, and their adult children enjoy the spoils of success. The hotel’s loyal staff round out a contemporary fresh take on an upstairs/downstairs story. Wealthy and beautiful guests bask in luxury, but scandals, escalating debt and explosive secrets hide beneath the picture-perfect exterior. The show is based on the Spanish series.

“Reef Break” is a sexy, action-packed, one-hour drama, starring Poppy Montgomery as Cat Chambers, a thief-turned-fixer for the governor of a stunning and seductive Pacific Island paradise. Impulsive, reckless, and irresistible, Cat’s less-than-perfect past gives her an instinctive gift for understanding crime and criminals as she becomes enmeshed in fast-paced, high-octane adventures and island intrigue. The series is produced by ABC Studios and ABC Studios International in partnership with M6. Mark Rosner, Poppy Montgomery and Ruthanne Secunda are executive producers of the series.”

What do you think? Are you a fan of ABC’s dramas? Which new shows will you check out this summer?