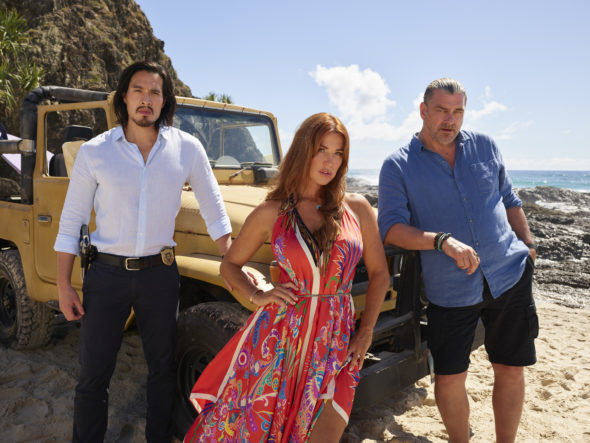 Does Cat Chambers always land on her feet the first season of the Reef Break TV show on ABC? As we all know, the Nielsen ratings typically play a big role in determining whether a TV show like Reef Break is cancelled or renewed for season two. Unfortunately, most of us do not live in Nielsen households. Because many viewers feel frustration when their viewing habits and opinions aren’t considered, we’d like to offer you the chance to rate all of the Reef Break season one episodes here. *Status update below.

What do you think? Which season one episodes of the Reef Break TV series do you rate as wonderful, terrible, or somewhere between? Should ABC cancel or renew Reef Break for a second season? Don’t forget to vote, and share your thoughts, below.

Bring it back! It doesn’t have to be on a major station, I looked forward to it. Now I’m back to only taping 2 shows a week.

Please don’t cancel Reef Break…loved it! Loved all the characters. Not too dark but great
mystery and drama! Bring it back please!

why was it cancel i like that show they allways do that.

I really enjoyed Reef Break. I’ve liked Poppy since Without A Trace. I’ve waiting for Reef Break to come back. Why was it cancelled? There are a lot of shows that got picked up but aren’t any good. I hope NBC or CBS will pick it up.

I loved Reef Break. There needs to be more with same actors. Was a good light crime/drama series. Bring it back. PLEASE!!

We watch TV about 14-16 hours a day we loved Reef Break. Let us know when she’s coming back, Poppy Montgomery is a great actress. Enjoyed Reef Break so much.

I just love this program Reef Break and was so looking forward to season tow. Very disappointed.
BRING IT BACK PLEASE!!!

I absolutely love this show, I couldn’t wait every week for it to come on. I love the music I always turned it up loud I love Poppy Montgomery and I really hope that it comes back on and stays on. I have never left a review or left a message before on a show that I want to come back on that is how much I like the show

Loved show Ms Montgomery one of my favorite stars

Love the show. Keep it on or bring to Netflix or Hulu