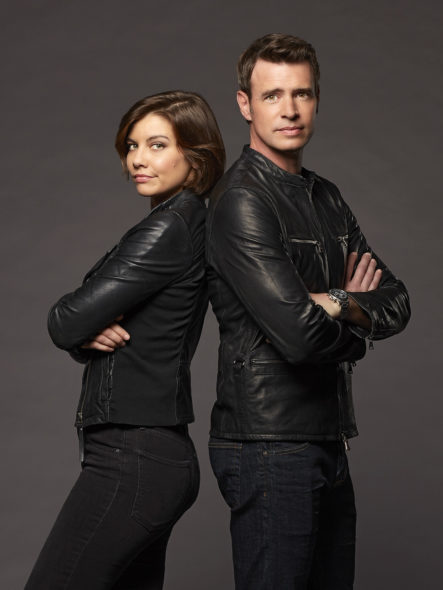 Bottoms up. The new Whiskey Cavalier TV show is coming to ABC, on a start date TBD, in the 2018-19 television season. The show was not among the new programs on the ABC Fall Schedule, so for now at least, expect a mid-season premiere date. The series hails from Warner Brothers Television Studios. Writer Dave Hemingson is executive producing with Bill Lawrence and Jeff Ingold.

An ABC action-adventure series, Whiskey Cavalier stars Scott Foley as Will Chase, Lauren Cohan as Francesca “Frankie” Trowbridge, Ana Ortiz as Susan Sampson, Tyler James Williams as Edgar Standish and Vir Das as Jai Datta. Foley is also set as a producer. Learn more about Whiskey Cavalier, season one, from this ABC TV show description and check out the video from the network’s Upfront Presentation.

WHISKEY CAVALIER is a high-octane hour-long action dramedy that follows the adventures of tough but tender FBI super agent Will Chase, played by Scott Foley, (codename: “WHISKEY CAVALIER”) who, following an emotional break-up, is assigned to work with badass CIA operative FRANCESCA “FRANKIE” TROWBRIDGE, played by Lauren Cohan, codename: “FIERY TRIBUNE”). Together, they lead an inter-agency team of flawed, funny, heroic spies who periodically save the world (and each other) while navigating the rocky roads of friendship, romance and office politics. WHISKEY CAVALIER is from writer/executive producer Dave Hemingson and executive producer Bill Lawrence with Warner Bros. Television.


This FBI agent with a broken heart will meet his CIA match on ABC’s new drama, #WhiskeyCavalier. pic.twitter.com/4uvqaF0qZB

What do you think? How do you like the sound of the Whiskey Cavalier TV series? Do you plan to check out the debut on ABC?