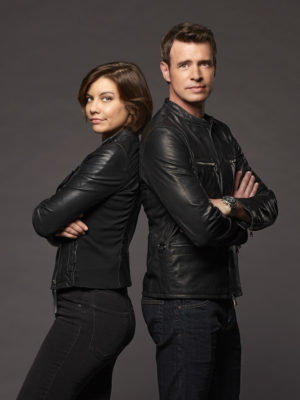 Do you watch ABC often? The network just released new trailers for their upcoming TV shows, Whiskey Cavalier and The Fix.

Whiskey Cavalier (February 27th at 10 p.m. ET/PT) stars Scott Foley and Lauren Cohan as the heads of “an inter-agency team of flawed, funny and heroic spies who periodically save the world—and each other—while navigating the rocky roads of friendship, romance and office politics.”

Take a sneak peek at the two new ABC series below:

What do you think? Do these shows interest you? Will you check out any of ABC’s new series in the new year?

I love both leads in Whiskey Cavalier but this just looks plain bad.

Yes I would watch whiskey cavalier