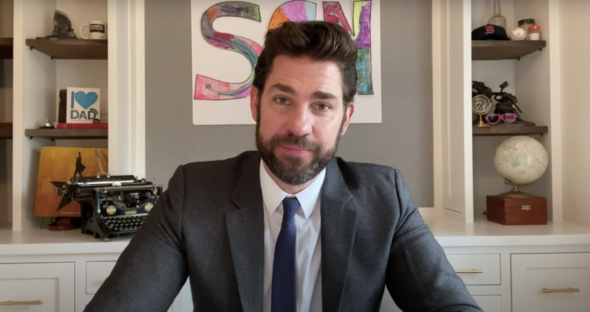 Time to spread Some Good News! ViacomCBS has licensed the John Krasinski web series to air across their networks. Some Good News could be soon seen on Comedy Central, CBS, and CBS All Access That could just be a start.

Per Variety, Krasinski said the following about the deal with ViacomCBS:

“Could not be more excited and proud to be partnering with CBS/Viacom to be able to bring Some Good News to so many more people. From the first episode, our goal was to create a news show dedicated entirely to good news. Never did I expect to be joining the ranks of such a historic news organization as CBS.”

Krasinski will not host the expanding series, but he will be an active on-camera presence. This is a project near and dear to him after working on it for seven years. He decided to launch it in a ‘DYI’ fashion once the Covid-19 pandemic hit.

What do you think? Are you a fan of this web series? Will you watch it on CBS and elsewhere?

Our household looked forward to each episode. We really loved the uplifting imputes of good news. We will watch the program if shown on CBS..but will dearly miss John Krasinski if he is not the host. He has an over all presence of warmth, caring and sincerity that brought the stories to life.

I fully agree with everything you said!