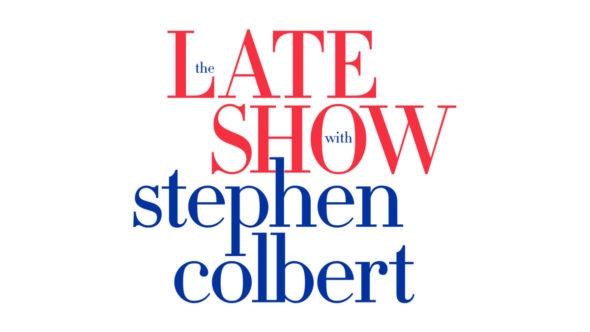 Cobert’s brand of humor has been hit with the viewers, and Colbert made it clear that he isn’t going anywhere.

CBS spoke about the renewal of The Late Show with Stephen Colbert in a press release. Check that out below.

“Stephen Colbert is one of the most entertaining, influential and relevant voices in America today,” said David Nevins, Chief Creative Officer, CBS Corporation, Chairman and Chief Executive Officer, Showtime Networks, Inc. “His monologue has become a vibrant part of the national discussion, and a spot on Stephen’s couch places guests from the worlds of entertainment, news and politics in front of late night’s largest and most desirable audience. We’re incredibly proud of the broadcast and thrilled to extend our relationship with Stephen for years to come.”

Said Colbert, “I’ve been asked by CBS to host THE LATE SHOW until 2023, and I have every intention of honoring their subpoena.”

So far this season, THE LATE SHOW’s ratings dominance has increased, as Colbert won premiere week by over +1.5 million viewers and grew his lead even more in week two, beating second place NBC by almost 2 million viewers. Week three remained consistent with an almost +1.7 million viewer lead. Also, as of today, Colbert’s monologues from the new season have been viewed nearly 57 million times on YouTube.

THE LATE SHOW has received a total of 13 Emmy nominations since its premiere in 2015, including three nominations for Colbert’s critically acclaimed election night special, which aired on SHOWTIME in 2018.”

What do you think? Are you a fan of Stephen Colbert? Do you watch The Late Show?

The first time I watch Stephen Colbert late show four years ago when I was in NY since then I watch him everyday. His show is fantastic and very entertaining and informing and the best show ever.

I am disappointed that Colbert chooses to use his intelligence and charisma to support the “hate dialogue” currently in fashion. It continues to feed the negative attitude about government and issues that require a spirit of cooperation and calm to resolve with the best outcome for all. I am disappointed that CBS chooses to air such a disturbing program at bedtime during a time where people have repeatedly stated they have trouble sleeping. I used to watch his program but you can now list me as a former viewer.

I am actually shocked at the number of people who not only condone the content of this show but like actually like this guy. Huh… well puts the current situation of this country into perspective. Enjoy!

He takes current affairs and rises the content with humor and accuracy. I’ve never experienced a host with Stephen’s intelligence and compassion.

The program is outstanding!!!!His defiance of our President is right on target.?I hope his program stays on forever

I love Late Night with Stephen Colbert!! I like his topics which are up-to-date, ie the election – the news of the day. He is so talented – wish he would sing once in a while. I faithfully stay up really late so that I can see his program and enjoy some laughs. He mentioned a few nights ago that this would be his last year. I was afraid the network had canceled his show. According to this website, he was renewed thru 2023. I am thrilled that I get to laugh with him a while longer.

I love watching Stephen Colbert and his band.
My Late Night watch.

I love this show, nobody does it as good as Steve Colbert

I really don’t know how to make of this, because the world has enough problems as it is in the amount of hate total disrespect for others. I understand generations change and what the people of today like in require in their nightly viewing. But I like to watch comedy and entertainment at night not political rhetoric. I know there’s a lot of people who just love to turn on the TV and scream at it and laugh at things that affect their lives or supposedly affect their lives.But this political satire of how people view politics as a simple… Read more »

Thank you
Enough is enough

I have watched Stephen on You Tube for many years.. All of a sudden there are no longer the most recent shows. I am so disappointed – why did this happen. I love Colbert. He keeps me sane in this insane world.

LOVE COLBERT!! He is one of the most important voices in our listening menu, and helps us breathe a little better is these near suffocating and certainly stupid times in our national history. We watch every show. Thank you CBS!

Totally a fan of Stephen Colbert and the Late Show!