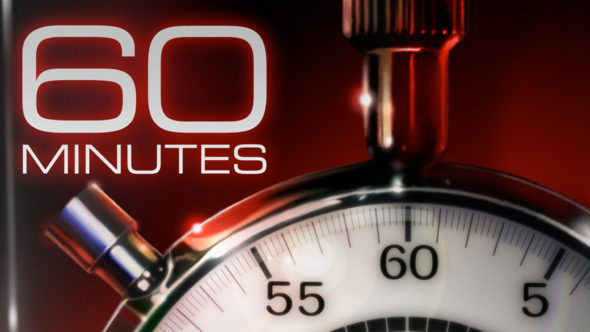 CBS announced today that it has renewed six more drama series and two news programs for the 2019-2020 broadcast season. SEAL TEAM, S.W.A.T., MADAM SECRETARY, BULL, HAWAII FIVE-0 and MACGYVER will return to the CBS lineup next season, along with longstanding primetime news shows 60 MINUTES and 48 HOURS. With these pickups, CBS has now renewed 18 series for next year.

The acclaimed, award-winning 60 MINUTES has been on the Network for 51 years and averages 10.9 million viewers every Sunday evening, while the Emmy Award-winning 48 HOURS, now in its 29th season, attracts an audience of 4.4 million on Saturdays. BULL, now in its third season, reaches 11.4 million viewers. HAWAII FIVE-0, currently in its ninth season, hits 10.1 million, and MADAM SECRETARY in season five reaches 8.1 million. S.W.A.T. and SEAL TEAM, both in their second seasons on the Network, each score approximately 8.6 million viewers, and MACGYVER, in its third season, attracts 7.6 million viewers every week.

60 MINUTES, television’s #1 primetime news program for more than five decades, presents features focusing on people and events in the news and behind the headlines.”

What do you think? Do you watch 60 Minutes? What have been some of your favorite stories from seasons’ past?