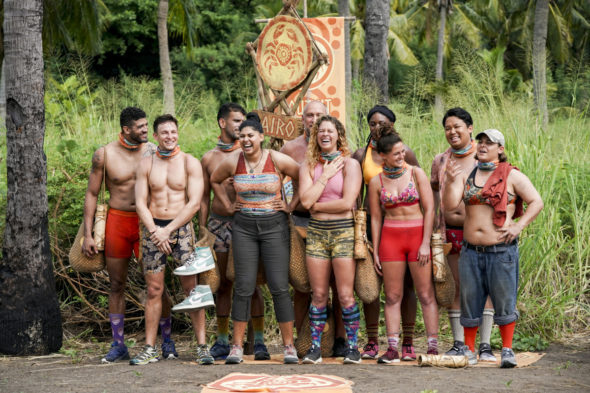 Can Boston Rob and Sandra truly help their tribes on the 39th season of the Survivor TV show on CBS? As we all know, the Nielsen ratings typically play a big role in determining whether a TV show like Survivor is cancelled or renewed for season 40. Unfortunately, most of us do not live in Nielsen households. Because many viewers feel frustration when their viewing habits and opinions aren’t considered, we invite you to rate all of the season 39 episodes of Survivor for us here.

What do you think? Which season 39 episodes of the Survivor TV series do you rate as wonderful, terrible, or somewhere between? Are you happy that CBS renewed Survivor for a 40th season? Don’t forget to vote, and share your thoughts, below.

I not going to attack any of the people on the show. It has gotten old time to retire it all together and you need to take big brother with it both shows are boaring when i get insomnia i watch it. It’s a good cure for insomnia.

I love the new twist of adding Boston Rob and Sandra this season. Awesome!!!

There’s only one main Issue with Survivor in my eyes and my wife’s also. Neither one of us can stand Boston Rob.!! Bringing him back almost makes me want to bypass this season for the first time. It’s almost like they are trying to hard with the twists this year. There’s no show we enjoy and look forward to watching more than Survivor, but after seeing the premier of 39, I’m not so sure about this season. jeff is like everyone else, he can make a mistake as easy as the rest of us. The show is the main attraction,… Read more »

I never missed an episode of Survivor even after all these years. I think the new twist with Rob & Sandra should be interesting but odd. I’m not at all a fan of Sandra so hopefully she’s not on there much. And I did think they did vote off the right person! He was trouble.