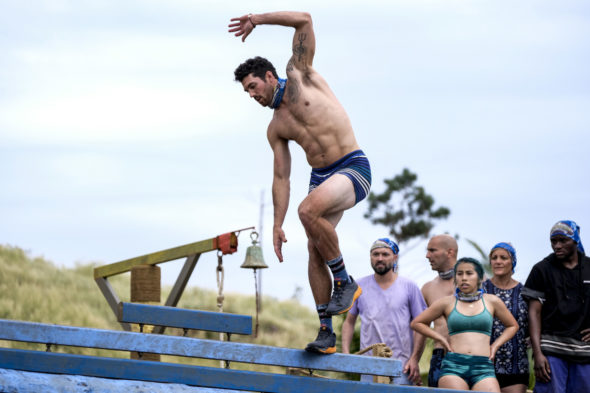 Can Survivor survive indefinitely, or is it nearing extinction? Is the Survivor TV show cancelled or renewed for a 39th season on CBS? The television vulture is watching all the latest TV cancellation and renewal news, so this page is the place to track the status of Survivor, season 39. Bookmark it, or subscribe for the latest updates. Remember, the television vulture is watching your shows. Are you?

A competitive CBS reality TV series, Survivor is hosted by Jeff Probst and features a group of castaways who try to outwit, outlast, and outplay each other. The players share the ultimate goal of hanging on until the very end, in hopes that they will be named the sole survivor and will win the $1,000,000 prize money. In cycle 38, Survivor: Edge of Extinction, the show welcomes 14 new castaways and four returnees, for a total of 18 competitors. In a twist new to this season, after players are voted out, they will get a choice between going home or to the “Edge of Extinction,” where they face tough challenges for a chance to return the game.

The 38th season of Survivor averaged a 1.46 rating in the 18-49 demographic and 7.22 million viewers. Compared to season 36 (Spring 2018 “Ghost Island”), that’s down by 7% in the demo and down by 7% in viewership. Find out how Survivor stacks up against the other CBS TV shows.

Will Survivor be cancelled or renewed for season 39? This series is still a ratings winner for CBS, so cancellation is highly unlikely, barring some unforeseen disaster. Still, I’ll keep an eye on the Nielsens, because one of these days, the Tiffany Network is going to vote this show off their schedule. Subscribe for free updates on any Survivor cancellation or renewal news.

What do you think? Do you still enjoy the Survivor TV series on CBS? Should it have been cancelled or renewed for a 39th season?