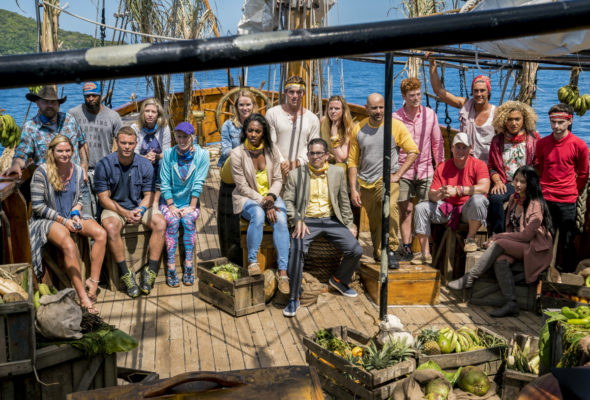 How well do the castaways compete in the 35th season of the Survivor TV show on CBS? As we all know, the Nielsen ratings typically play a big role in determining whether a TV show like Survivor is cancelled or renewed for season 36. Unfortunately, most of us do not live in Nielsen households. Because many viewers feel frustration when their viewing habits and opinions are not considered, we’d like to offer you the chance to rate all the season 35 episodes of Survivor for us here.

A CBS reality TV series, Survivor is hosted by Jeff Probst. Season 35, Survivor: Heroes vs Healers vs Hustlers, pits three tribes of six contestants each against one another, in an effort to outwit, outplay, and outlast each other. Heroes (Levu Tribe) are used to being heralded for their achievements. Healers (Soko Tribe) receive gratitude for their work. Hustlers (Yawa Tribe) must earn respect from others.

What do you think? Which season 35 episodes of the Survivor TV series do you rate as wonderful, terrible, or somewhere between? Should CBS cancel or renew Survivor for a 36th season? Don’t forget to vote, and share your thoughts, below.

I am a Survivor fan from the first season. It’s hard to believe that Richard Hatch was running around naked so long ago now and that he would be responsible for much of the verbiage and mind games that people are still utilizing today. Time flies when you’re having fun. And I’ve been having FUN!