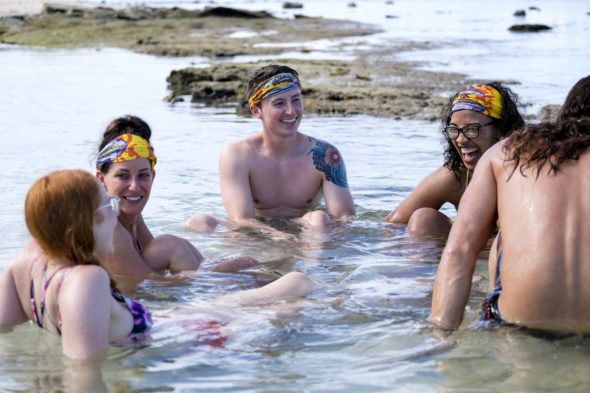 Is your love of the game surviving the 38th season of the Survivor TV show on CBS? As we all know, the Nielsen ratings typically play a big role in determining whether a TV show like Survivor is cancelled or renewed for season 39. Unfortunately, most of us do not live in Nielsen households. Because many viewers feel frustrated that their viewing habits and opinions aren’t considered, we’d like to offer you the chance to rate all the season 38 episodes of Survivor below. **Status update below.

A competitive CBS reality TV series, Survivor is hosted by Jeff Probst and features a group of castaways who try to outwit, outlast, and outplay each other. The players’ ultimate goal is to hang on until the very end in the hopes that they will be named the sole survivor and will win the $1,000,000 prize money. In cycle 38, Survivor: Edge of Extinction, the show welcomes 14 new castaways and four returnees, for a total of 18 competitors. In a twist new to this season, after players are voted out, they will get a choice between going home or to the “Edge of Extinction,” where they face tough challenges for a chance to return the game.

What do you think? Which season 38 episodes of the Survivor TV series do you rate as wonderful, terrible, or somewhere between? Should Survivor be cancelled or renewed for a 39th season on CBS? Don’t forget to vote, and share your thoughts, below.