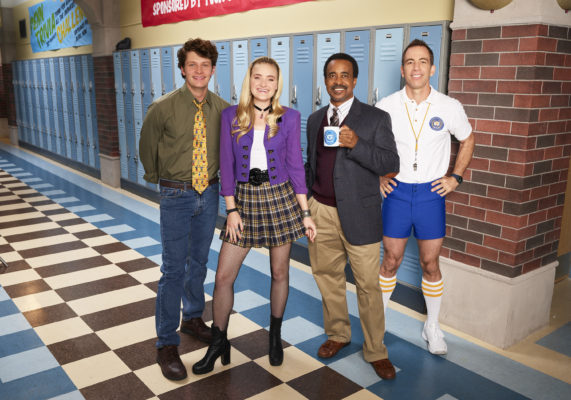 Does the first season of the Schooled TV show on ABC pass muster? As we all know, the Nielsen ratings typically play a big role in determining whether a TV show like Schooled is cancelled or renewed for season two. Unfortunately, most of us do not live in Nielsen households. Because many viewers feel frustration when their viewing habits and opinions aren’t considered, we’d like to offer you the chance to rate all of the Schooled season two episodes here. *Status update below.

An ABC 1990s sitcom, Schooled stars AJ Michalka, Tim Meadows, Bryan Callen, and Brett Dier. The Goldbergs spin-off follows Lainey Lewis (Michalka) and the faculty of William Penn Academy. Although Lainey once matriculated there, she’s taking a detour from the pursuit of rock stardom and has returned to teach music. Even though Lainey her co-workers are riddled with quirks and personal problems of their own, the students look up to them as everyday heroes.

What do you think? Which season one episodes of the Schooled TV series do you rate as wonderful, terrible, or somewhere between? Should ABC cancel or renew Schooled for a second season? Don’t forget to vote, and share your thoughts, below.

*5/11/19 update: ABC has renewed the Schooled TV show for a second season.

Wow this is a great surprise! This series is fun to watch I will enjoy this 🙂