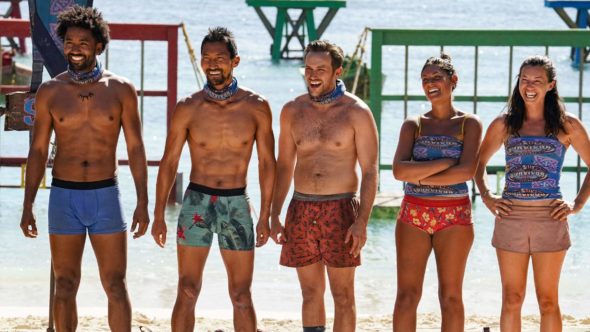 Hosted by Jeff Probst, the long-running Survivor competition series pits contestants against each other in a series of physical and mental challenges while they are trying to live on a remote island. The most recent season (40) unites the most memorable, heroic, and celebrated champions from the past two decades.

Due to the ongoing pandemic shutdown, it’s unclear when the new seasons of Survivor will be filmed. As reported in March, season 41 had been set to begin on March 24th in Fiji. Season 42 was to begin shooting on May 24th.

What do you think? Do you watch Survivor on CBS? How long do you think this series will continue beyond seasons 41 and 42?

Canceled ?…Canceled..??? SAY IT’S NOT TRUE…BRING BACK SURVIVOR CBS…!!!
I HAVE SEEN EVERY EPISODE AND STILL WANT MORE!!!

Why is someone down voting all the comments of people who like the show? I think it’s one of the few entertaining shows left on network television.

Survivor is a big reason to watch “live TV” and continues to be fresh and new every season. Let’s hope they can film it after Covid so we have a season to watch in the fall/winter and another in the spring!

We don’t watch this show and don’t like this type of program. Guess we ware in the wrong demographic.

I’m thrilled the show has been renewed. I have watched every episode of the 40 seasons and never tire of it. Love the show.