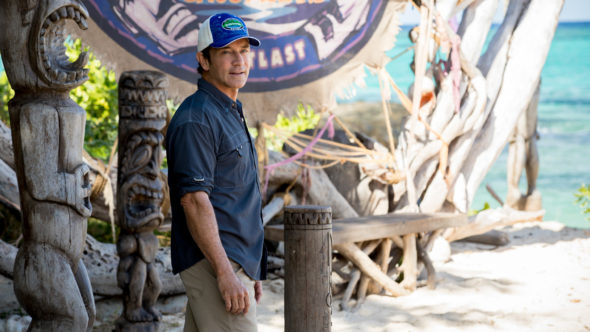 The long-running competition series, which just wrapped its 36th season, debuted in 2000 and has been a consistent ratings performer for CBS during its nearly 20 years on the air.

In the interview, Probst revealed Survivor has already filmed season 37 and is about to shoot season 38, but how much longer will the CBS series run for? Probst says as long as the fans are still watching, Survivor will continue:

We’re actually in the middle of our 19th year. We’ve already shot our 37th season. We’re about to shoot our 38th starting in five days. So we just keep going … The audience will continue to watch so long as they believe we are continuing to try to keep the show fresh.”

What do you think? Do you watch Survivor? How many more seasons do you think the show should run?

As long as they can find Suckers to watch it, the show will go on.

Please don’t ever stop filming Survivor, I have never missed a show since the beginning , I have to say Ruppert was my favorite of any of the other players.

I have only missed 1 season, the 1 in Australia. Do you know what # that is?

Love Survivor and enjoy every Wednesday night so sad when it comes to the end!!!! Looking forward to the next season of David and Goliath

The fact that it’s been on TV so long is a testament to the dumbed down audience that comes back like lemmings to see the same think over and over. If truth be told it really should of only lasted about 3 or 4 years. Very sad commentary on our society today. There seem to be a very small segment that love to watch the same train wreck once a week for year after year.

This show beats all the other crap that is on tv!!!!

I have never missed an episode of Survivor!! I love it !!!

I love Survivor and have never missed an epidode. I’ll keep watching as long as they keep showing it. How about another 20 yrs?