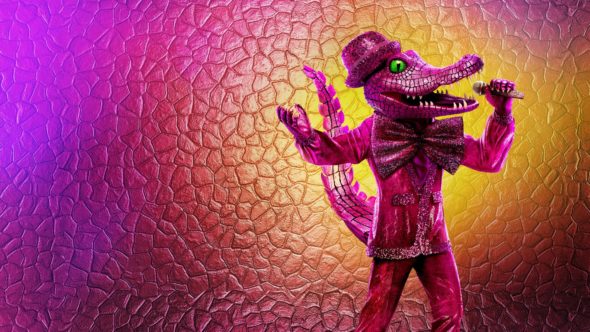 In part due to the ongoing pandemic, FOX is changing things up a bit for season four of The Masked Singer. Viewers at home can sign up to vote on their favorite performances and the panelists will try to win a trophy of their own throughout the season, by guessing the greatest number of singers correctly. Will these ratings affect the ratings? Is The Masked Singer guaranteed to be renewed for season five? Stay tuned.  *Status Update Below.

A costumed singing competition, The Masked Singer is hosted by Nick Cannon and features panelists Jenny McCarthy, Nicole Scherzinger, Ken Jeong, and Robin Thicke. The show features celebrities facing off against one another with one major twist — each singer is covered from head to toe in an elaborate costume, complete with a full face mask to conceal his or her identity. With each performance, the host, panelists, audience, viewers and even the other contestants are left guessing who is singing behind the mask. The costumed characters in season four include Baby Alien, Broccoli, Crocodile, Dragon, Giraffe, Gremlin, Jellyfish, Lips, Mushroom, Popcorn, Seahorse, Serpent, Snow Owls, Squiggly Monster, Sun, and Whatchamacallit.

For comparisons: Season two of The Masked Singer (which aired Fall 2019) on FOX averaged a 2.02 rating in the 18-49 demographic and 7.05 million viewers in the live+same day ratings.

What do you think? Do you like The Masked Singer TV series on FOX? Should it be cancelled or renewed for a fifth season?

*12/3/20 update: The Masked Singer has been renewed for a fifth season on FOX.

I stopped watching in middle of season. I feel we should be voting, especially this year, the fake audience and leaving to judges to make that decision totally unfair, yes talent is good, but get the public more involved…

I really like the show but have not watched because of Nick Cannon.

So you do not look at Masked Singer, a show you like and enjoy because of the Host? That makes no sense to me. You’re missing out on great performances and a few laughs that we need during this time.