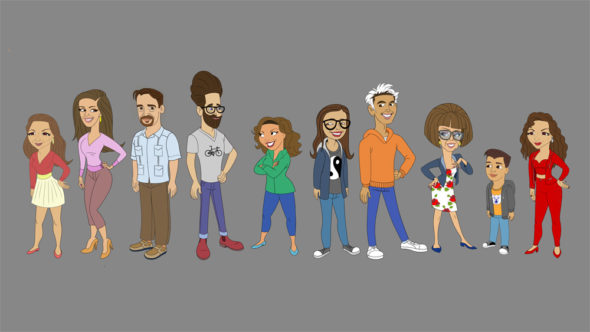 Big names are coming to One Day at a Time. Pop just announced the premiere date for the TV show’s upcoming animated special.

The One Day at a Time animated special premieres on Popon July 16th at 9:30 p.m. ET/PT.

LOS ANGELES – MAY, 14 2020 – Pop TV today announced the ONE DAY AT A TIME animated special will premiere on June 16th and include special guest stars Gloria Estefan, Melissa Fumero and Lin-Manuel Miranda. The critically acclaimed Sony Pictures Television series had its mid-season finale on April 14th due to production stoppages as a result of COVID-19. The animated special, titled, ‘The Politics Episode,’ will be fully executed remotely and premiere on Pop TV Tuesday, June 16th at 9:30PM ET/PT following a marathon of the current season.

Gloria Estefan and Melissa Fumero, both return to ONE DAY AT A TIME, reprising their roles, but this time, they’ll be animated. As for Lin-Manuel Miranda, he makes his debut on the series. The special will center around Penelope’s conservative cousin Estrellita (Melissa Fumero), Tia Mirtha (Gloria Estefan), and Tio Juanito (Lin-Manuel Miranda) coming to visit and with the impending election, they won’t be able to avoid fighting over politics.

ONE DAY AT A TIME is produced by Act III Productions, Inc., Snowpants Productions and GloNation in association with Sony Pictures Television, with Norman Lear, Mike Royce, Gloria Calder�n Kellett and Brent Miller serving as executive producers. The special is also produced by Jonas Diamond, Executive Producer and Co-Owner of Smiley Guy Studios in Toronto, who will be overseeing the animation.

What do you think? Are you a fan of One Day at a Time? Are you excited for the animated special?