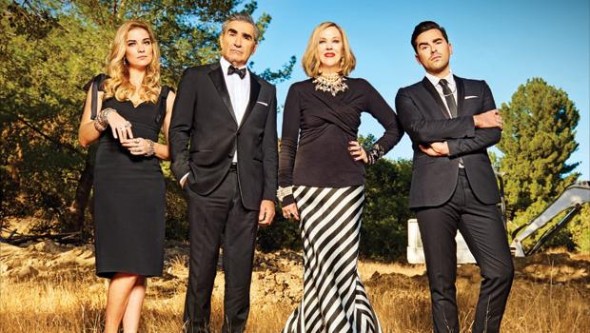 What’s in store for the final season of Schitt’s Creek? Pop TV just announced the premiere date for the TV show’s sixth and final season.

The sixth and final season of Schitt’s Creek debuts on Pop TV on January 7th at 9 p.m. ET/PT.

“SCHITT’S CREEK has become a pop culture phenomenon fueled by the most talented cast and the most passionate fans in all of television, and the final season is sure to be weekly must-watch TV as we see what happens to the Roses,” said Brad Schwartz, President, Pop TV. “It is gut-wrenching to say goodbye, but we know this final season will deliver even more of the heart and humor that has made the series one of the best ever.”

What do you think? Do you watch Schitt’s Creek? Are you excited for the final season?

Love this show!! Each season topped the preceding season. Very rare for a show to be able to achieve that. Will miss the talented cast in the roles they play. More awards await the final season you can bet on that.