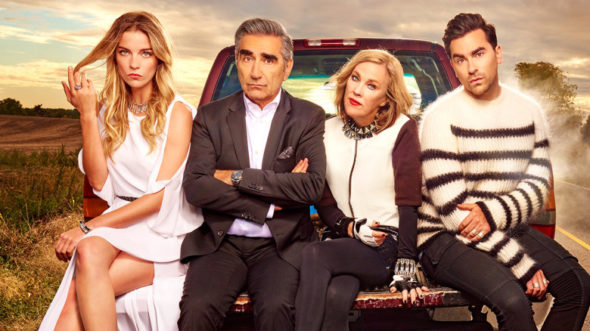 Schitt’s Creek is getting ready to hit Pop for its final season, and the network has now released a new trailer and poster for season six. The season will arrive on Pop TV on January 7 at 9pm.

Dan Levy spoke about the last day of filming in an interview with GQ, and it was an emotional day. He said the following:

“It was really, really hard. The last day of shooting was the most emotional day I think I’ve ever had in my life. I cried for, I want to say, five straight hours, to the point where I had a splitting headache and didn’t know what to do with my life. I wept when I took David’s shoes off. I will never wear those shoes again—nor do I want to—but I was very sad to take them off.”

Pop also revealed more about the return of the series in a press release. Check that out below.

Fans can stream all five seasons on the PopNow App.”

As for fans upset the series is ending, Levy did make it clear that the series was set to end with season five, but the series was renewed for two seasons. It just gave him more time to get to the end he had visioned in his mind.

What do you think? Are you a fan of Schitt’s Creek? Are you sad to see the series come to an end? 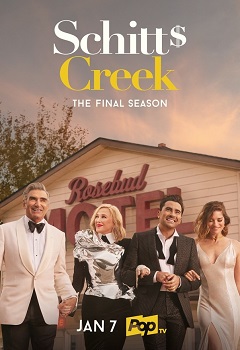 I absolutely love Schitt’s Creek. I’m broken hearted it will be ending.

Yes, I am very sad to see the show end. I like everyone in the show. I wish they were my friends. I will miss them. I wish I could live on Schitt’s Creek. Since watching the show over and over. I now wear black and white a lot and so does a few co-workers who watch the show. When one of us comes in wearing black and white and/or wearing clunky jewelry. We say, “You are wearing your Moira today and laugh!”