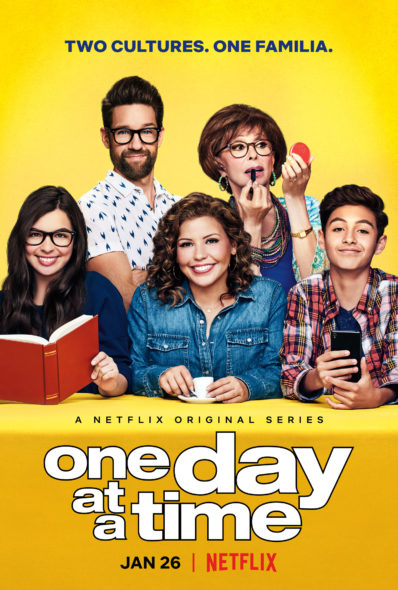 While it is healthy to take each day as it comes, you have to think of the future. To that end, Netflix has renewed its One Day at a Time TV show reboot for a third season, with a start date TBD. Fans had been concerned the comedy would be cancelled. Back in February, co-creator Gloria Calderón Kellett even asked for help in getting the Netflix TV show renewed. Now, it’s finally happened. Check out the announcements, below.

One Day at a Time Season Three Renewal Announcement


Got a great call this morning! @OneDayAtATime HAS BEEN PICKED UP FOR SEASON THREE! Thank you to all of the wonderful & supportive fans. This is because of you! I am so grateful to you all! We can't wait to keep making this show for you! https://t.co/3tYhNZI4ea

What do you think? Are you a fan of the new One Day at a Time TV series? Have you streamed all of the first two seasons? Are you excited for the third?

Love this show!!!!!
So positive and uplifting. I save it so I can enjoy it alone at night.
It’s so relaxing and relatable to me. I’m a Hispanic RN CDE