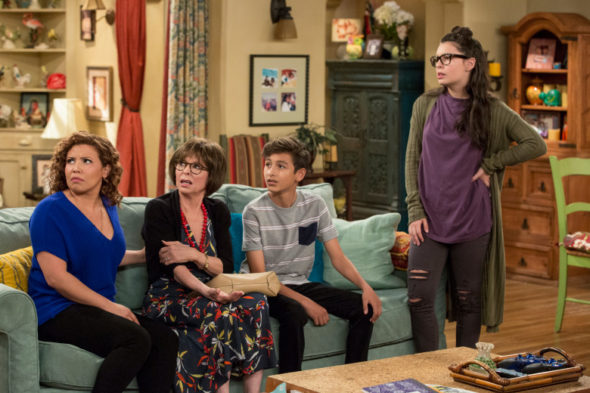 One Day At A Time

What can fans expect from the new season of One Day at a Time? Recently, executive producers Brent Miller and Gloria Calderón Kellett teased the Pop TV show’s upcoming fourth season, Deadline reports.

As reported earlier, Pop has picked up the comedy series after Netflix cancelled it. The show stars follows multiple generations of a Cuban-American family, was cancelled by Netflix a few months ago. The cast includes Justina Machado, Rita Moreno, Isabella Gomez, Marcel Ruiz, Todd Grinnell, and Stephen Tobolowsky.

During this year’s summer TCA press conference, Kellett revealed season four of One Day at a Time will feature shorter episodes, around 21 minutes long:

We are really taking this as an exciting challenge to distill this information and the love and the yumminess of this family within the confines of this traditional model, and it’s really very exciting for us.”

And what can fans expect from the new season? Kellett says season four will address the current political climate:

It’s obvious that 2020 is an election year, and this is a LatinX family in America…we have tried on the show to have hard conversations that families have to have, especially LatinX families. We are still going to continue to have those conversations.”

What do you think? Are you a fan of One Day at a Time? Will you watch the new season?