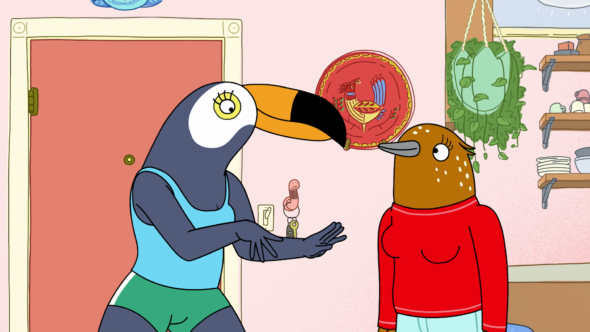 Even though Netflix cancelled Tuca & Bertie a few weeks ago, Haddish told reporters at this year’s summer TCA press conference the show could still be saved:

I was late finding out it was canceled. Tuca & Bertie is close to me. It is amazing and needs to be seen. … Who knows? It might end up somewhere else!”

What do you think? Are you a fan of Tuca & Bertie? Would you watch a second season?