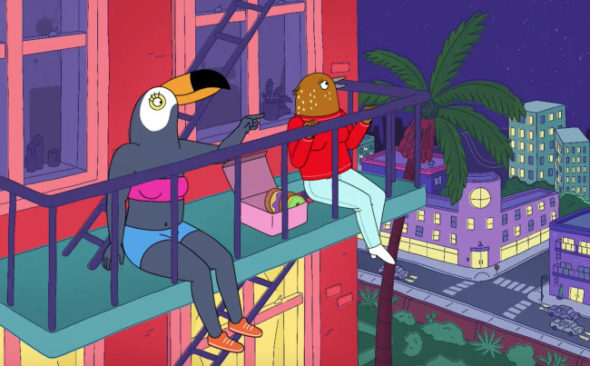 The girls are back! Adult Swim just announced they’ve picked up the cancelled Netflix TV show Tuca & Bertie for a second season.

Adult Swim has ordered 10 episodes of Tuca & Bertie for season two. A premiere date has not yet been released, but you can read more info below:

Adult Swim announced today the pick-up of the popular animated series Tuca & Bertie by creator Lisa Hanawalt (BoJack Horseman). The network has greenlit a 10 episode second season for domestic release, with the option for more.

“I’ve been a fan of Adult Swim shows since my teens, so I’m thrilled to bring my beloved fowl to the party and be a new voice for a fresh decade of absurd, irreverent, yet heartwarming adult animation,” said creator Lisa Hanawalt.

Tuca & Bertie is created and executive produced by Hanawalt, with Raphael Bob-Waksberg, Noel Bright, Steven A. Cohen, Haddish, and Wong also serving as executive producers, The series is produced by Michael Eisner’s The Tornante Company and the animation will be done at Shadowmachine.

What do you think? Are you a fan of Tuca & Bertie? Are you excited for season two?