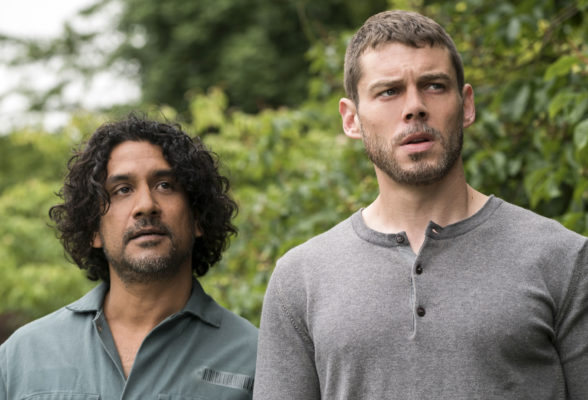 What can fans expect from the upcoming Sense8 finale? Recently, star Naveen Andrews discussed the end of the Netflix TV show, The Wrap reports.

At the TCA winter press tour, Andrews said fans will be “happy” with how Sense8 wraps up:

“I think in terms of the push we put into it, they should be happy with [the special]. There is a satisfying ending to it.”

Netflix has not yet announced a premiere date for the series finale special.

What do you think? Are you a Sense8 fan? What do you hope happens in the finale?

Way too much focus on strange, which would be better served focused on the story. The concept is great, and I agree there is a lot of untapped material and potential.

No matter how the series ends I would like to see a off-shoot series formed which would include other clusters. There is lot of material here and I for one do not want to see these rich characters disappear.