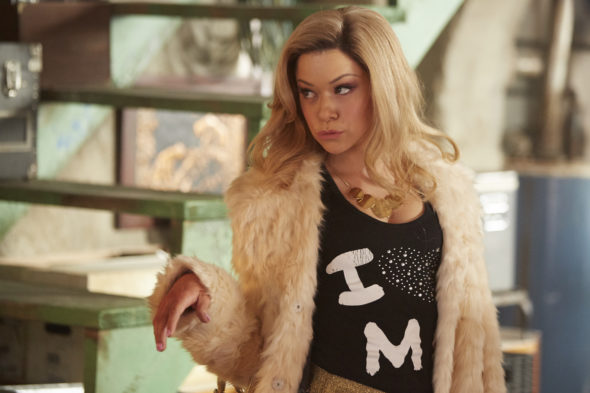 Why was Tatiana Maslany recast in Pose? Recently, executive producer Ryan Murphy explained why the Orphan Black star is missing from the new FX TV show, The Wrap reports.

Set in the 1980s, the dance musical and “looks at the juxtaposition of several segments of life and society in New York: the rise of the luxury Trump-era universe, the downtown social and literary scene and the ball culture world.” Notably, Pose will feature the largest cast of transgender and LGBT actors for a scripted TV series.

It just became apparent to me — she’s a very young woman. I sort of felt, working with our young cast, that we needed an older figure in the world to be the dance teacher. Someone who was of a different generation and more of a mentor as opposed to a peer.”

It was a very easy decision, we all sort of felt it was the right thing for the show. I love Tatiana, and I want to work with her desperately, and I will.”

FX has not yet announced a premiere date for Pose.