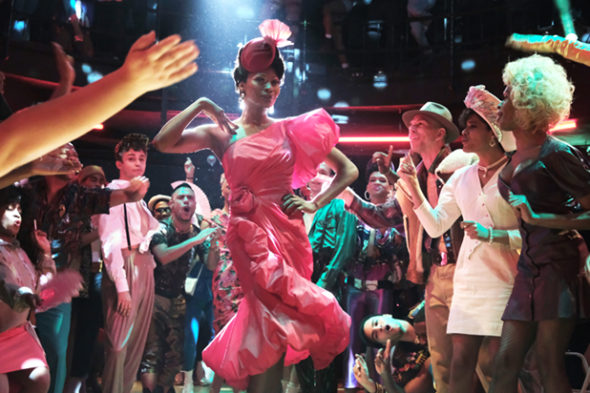 FX is making a slight change. Today, the network announced a new premiere date for season two of Pose.

LOS ANGELES, April 23, 2019 – FX has set the premiere date for the second season of the award-winning and groundbreaking drama series Pose from Fox 21 Television Studios and FX Productions, it was announced today by Chuck Saftler, President, Program Strategy and COO, FX Networks. The ten-episode second season of Pose will debut on Tuesday, June 11 at 10 p.m. ET/PT on FX.

Pose explores the juxtaposition of several segments of life and society: the underground ball culture, the rise of the luxury Trump-era universe and the downtown social and literary scene that came to define New York in the 1980s. The first season of Pose was named an AFI TV Program of the Year and earned two Golden Globe(R) nominations and a Writers Guild of America nomination.

Mj Rodriguez stars as “Blanca Rodriguez,” who breaks from the House of Abundance and her former house mother “Elektra” (Dominique Jackson) to form her own “house,” a self-selected family that provides support to LGBTQ youth rejected by their birth families. Indya Moore plays “Angel,” a streetwalker with modeling aspirations. Ryan Jamaal Swain plays “Damon Richards,” a dancer who joins Blanca’s house. Together they compete in the Balls – where house members challenge each other in various categories and are judged on their outfits, attitude, or dance skills. Under the watchful eye of Billy Porter as “Pray Tell,” Grandfather to all the children who compete in the house balls.

What do you think? Have you seen Pose? Will you watch season two?

I can’t believe Electra’s attitude. This season my be hard for me to watch a lot of my friends left in this era. I miss them.

Yesss Yessss Yesssssss ok you get the idea I’m so super excited about the return of Pose, counting the days already 🙂 Fantastic show, Season 1 blew me away and I was so involved with each of the characters that I can’t wait to catch up with them again. Only downside is the short season but then again I prefer the quality of the short run over the quantity of say 18 or 23 episodes with less punch. Oh hurry up June 11th already 😀