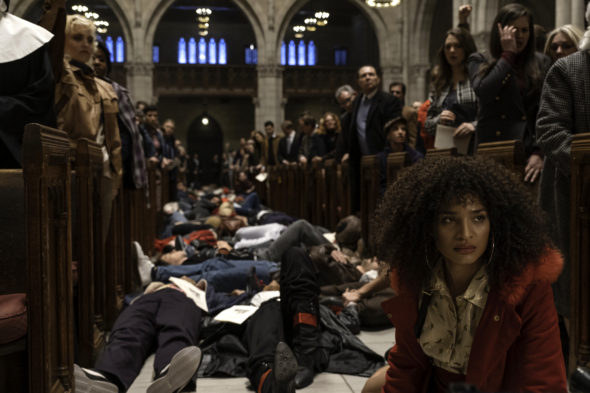 How striking is the second season of the Pose TV show on FX? As we all know, the Nielsen ratings typically play a big role in determining whether a TV show like Pose is cancelled or renewed for season three. Unfortunately, most of us do not live in Nielsen households. Because many viewers feel frustration when their viewing habits and opinions aren’t considered, we’d like to offer you the chance to rate all of the Pose season two episodes here. *Status update below.

What do you think? Which season two episodes of the Pose TV series do you rate as wonderful, terrible, or somewhere between? Should FX cancel or renew Pose for a third season? Don’t forget to vote, and share your thoughts, below.

I love this show because it includes all genders and situations that need to be addressed in a well written script.

GREAT SHOW!! the acting and writing is A+ and the show itself is fun to watch. Love this show.

I love the show hope it’s a season 3

I think this is quality TV! The characters are vibrant, the writing exceptional and the acting is awesome. Additionally, the show is so necessary currently. People have forgotten the AIDS crisis of the 80s and 90s and people are exploring gender earlier and there is still a stigma which needs to be highlighted and addressed. My only criticism is that the show isn’t on a more watched network.

Omg its amazing love it!!!! Most relatable show on tv

Never heard of it & doesn’t interest me in the least.