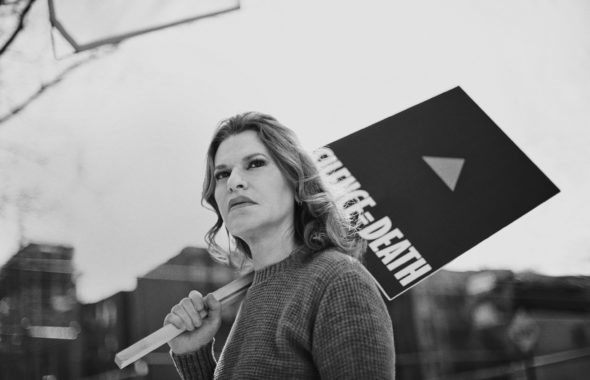 Will the curtain close on Pose? Has the Pose TV show been cancelled or renewed for a third season on FX? The television vulture is watching all the latest cancellation and renewal news, so this page is the place to track the status of Pose season three. Bookmark it, or subscribe for the latest updates. Remember, the television vulture is watching your shows. Are you?

Will FX cancel or renew Pose for season three? This series has done pretty well in the ratings and has drawn quite a bit of attention for the channel so I think it’s a safe bet to say Pose will be renewed. For now, I’ll keep an eye on the Nielsens and update this page with breaking developments. Subscribe for free Pose cancellation or renewal alerts.

6/17/19 update: FX has renewed the Pose TV show for a third and final season.

What do you think? Are you glad that the Pose TV show has been renewed for a third season? Are you sorry to know this show is ending?

I am glad for 3rd season, but disappointed it ends there!

Please watch this show. This is a show which Is ground breaking the talented artists, Directors, Set Designers, Hair and Makeup, Stylists and Designers set the bar for other series to follow. Ryan Murphy and his very created team have enlightened us on the story of this beautiful and often misunderstood or misrepresented part of the LGBTQIA community. The way the stories are delivered and how we as the audience are immersed into the experience is truly wonderful. Congratulations to Billy Porter Mj Rodriguez, Dominique Jackson, Indya Moore, Hailie Sahar, Angelica Ross, Ryan Jamaal Swain, Angel Bismark Curiel, Dyllón Burnside,… Read more »

We think Pose is one of the best, new and informative show on television.The public needs to know about the Gay lifestyle; that is, all facets of Gaylife!!!!!!!

I am soooooo glad to hear there will be a third season. I am so hooked on the show, the cast is great and I am waiting to find out what comes next!

I am thrilled the show is continuing. there are so many important messages to be imparted from the characters that are not shown on any other show.