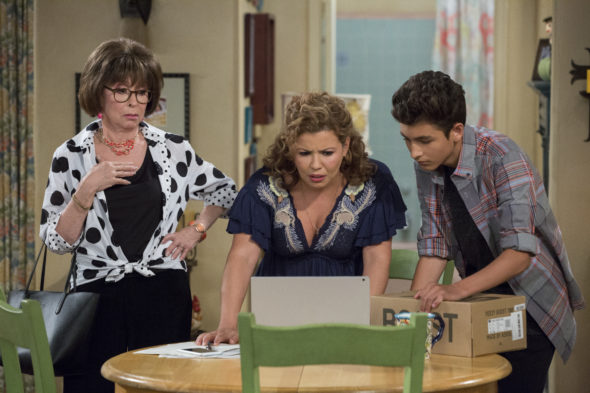 What is next in store for Penelope and her family? Is the One Day at a Time TV show cancelled or renewed for a fourth season on Netflix? The television vulture is watching all the latest TV cancellation and renewal news, so this page is the place to track the status of One Day at a Time, season four. Bookmark it, or subscribe for the latest updates. Remember, the television vulture is watching your shows. Are you?

A Netflix family sitcom, One Day at a Time stars Justina Machado, Rita Moreno, Isabella Gomez, Marcel Ruiz, Todd Grinnell, Stephen Tobolowsky, Eric Nenninger, and Ed Quinn. This series is a reboot of the CBS Norman Lear original, starring Bonnie Franklin, Valerie Bertinelli, MacKenzie Philips, and Pat Harrington, Jr., which ran from 1975 to 1984. In the updated comedy, the story centers on Cuban-American Penelope Riera Alverez (Machado). This US Army veteran and divorced mother is just trying to balance work and her social life while raising her family.

Unless they decide to publicize viewership, it is hard to predict whether Netflix will cancel or renew One Day at a Time for season four. The show seemed to be on the verge of being cancelled last time but I think it will be renewed. I’ll keep a hungry eye out for any news and update this page with breaking developments. Subscribe for free One Day at a Time cancellation or renewal alerts.

3/14/19 update: Netflix cancelled the One Day at a Time TV show after three seasons.

6/27/19 update: Pop has saved the series and renewed the show for a fourth season.

One Day at a Time Cancellation & Renewal Related Links

What do you think? Were you hoping that the One Day at a Time TV show would be renewed for a fourth season by Netflix? Will you watch season four on Pop?

Love this show so funny and has great lessons on it. Please let this show continue to air . One show that is funny and informative of true life senarios. Great for everyone to watch!!

DO NOT CANCEL THIS SHOW. It is extremely funny and needs to continue

Absolutely LOVE this show! I recently discovered it and binge watched all 3 seasons! It does a fantastic job at a lighthearted portrayal Latino American culture. Please bring it back for season 4!My family is hooked!

This is my favorite shows on Netflix. My daughter has me hooked. It is better than the original show that I watched as a kid. I am hoping that it is brought back for Season 4

I can’t tell you what this show has meant to my life. I binge watch it over and over and over. I’m head over heels in love with it, the actors, the characters, the plot lines. I love it all. I jumped for joy when I read about a season 3. I would be extatic over a season 4. Please Netflix don’t give up on the Alvarez family. I’m begging you please keep it coming.
D. Abbott-devoted fan

I would be very disappointed if this show were not renewed. I really enjoy it. Rita Moreno is such a treat to watch. What a pro! The other characters are a delight too.