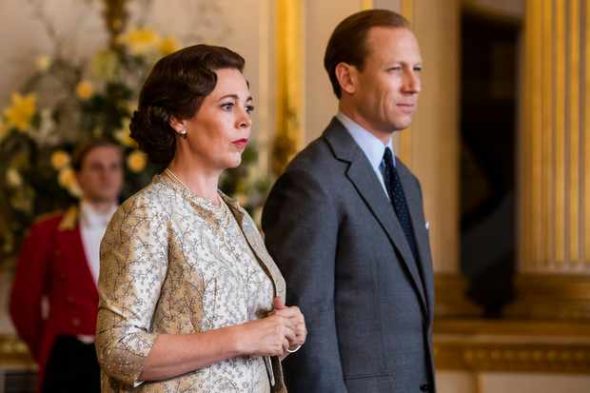 How will Elizabeth and her family face the challenges ahead? Has The Crown TV show been cancelled or renewed for a fourth season on Netflix? The television vulture is watching all the latest cancellation and renewal news, so this page is the place to track the status of The Crown, season four. Bookmark it, or subscribe for the latest updates. Remember, the television vulture is watching your shows. Are you?

Will Netflix cancel or renew The Crown for season four? The streaming service has renewed the show through a sixth season. I’ll update this page with breaking developments. Subscribe for free alerts on The Crown cancellation or renewal news.

What do you think? Are you glad that The Crown TV show has been renewed for a fourth season? How would you feel if Netflix cancelled this TV series, instead?

The first two series were my favourites Clair Foy was brilliant ! In series 3 Aberfan was without doubt flawless and the best episode in all the series.

I just started watching this show and I love it. I can’t wait to see it all.

So i’m in Spain, Vielha, Where they are supposed to be shooting, I went at the casting and i got in as a extra in the series, but the hotel they were in just closed due to Corona, i don’t know if they will cancel the shooting.