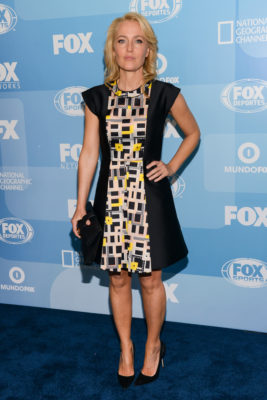 Gillian Anderson is returning to Netflix. The streaming service just announced the American Gods star has joined season four of The Crown.

On season four of The Crown, Anderson will be playing Margaret Thatcher. While assumed, this is the first time Netflix has confirmed a season four renewal for the TV show. Season three debuts on Netflix on November 17th.

See the casting announcement below:

What do you think? Are you a fan of The Crown? Will you watch season three?

I have mever been so overwhelmed and enthralled by TV as I have been by all three seasons of The Crown. Never. Ever. Better even than Downton Abbey , which obssessed everyone so much…and as praiseworthy as that was…The Crown was right on the mark. Despite its global status , history, genealogy and money…on its must basic level, it was a family like any other. Loving, delighted , delightful , dysfunctional , making ends meet , and last but not least , enduring. A wonderful series!

I will definitely keep watching!

Love the Crown and glad there are more seasons.