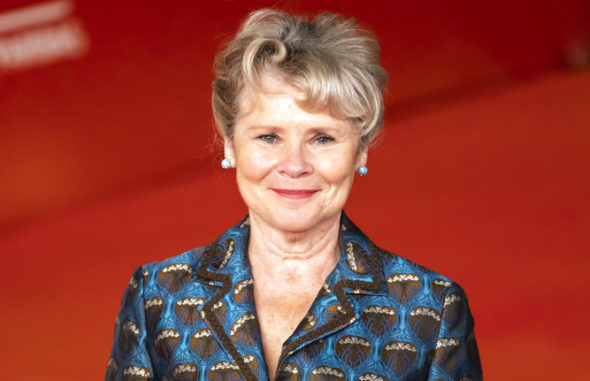 There’s been a change of plans and The Crown TV series will end one season earlier than expected. Netflix has announced that the royal drama series will wrap up with five seasons, instead of six.

“At the outset, I had imagined The Crown running for six seasons but now that we have begun work on the stories for season five it has become clear to me that this is the perfect time and place to stop,” said The Crown’s creator and showrunner, Peter Morgan. “I’m grateful to Netflix and Sony for supporting me in this decision.”

In addition to the final season announcement, the streaming service revealed that actress Imelda Staunton pictured above) will play Queen Elizabeth for the final season. She said, “I have loved watching The Crown from the very start. As an actor, it was a joy to see how both Claire Foy and Olivia Colman brought something special and unique to Peter Morgan’s scripts. I am genuinely honored to be joining such an exceptional creative team and to be taking The Crown to its conclusion.”

What do you think? Are you disappointed that there won’t be a sixth season or, do you think season five will be a good time to end the show?

This is a great show. I’m sorry it’s being canceled. The acting and background scenery are wonderful.

Very disappointed. Thank you for giving us 5 fabulous seasons.

I am so disappointed The Crown will end. it is the best show on television. the television executives have been lazy along with writers. the show’s today are all remakes. Where are their imaginations?

Oh no! Please don’t cancel. I so love this show, how could you end it. Please reconsider season 6…

While I am disappointed, I support the show’s creator in his decision. We will see.
But I loved hearing the news that’s Imelda
Staunton will take over the role of Queen
Elizabeth for the final season! I have enjoyed watching her over the years, so I am looking forward to her performance.

My wife and I both enjoyed the authentic roles played and history. We both conversed about what we watched and understood . The Crown is and has been marvelous outstanding . Thank you for your acting , and directing and all whom made this so fascinating. I myself got to understand more of the royalties and this way besides just my wife . I grew to a more fond awareness of the Royalties and their life’s.

I’ve really enjoyed The Crown. Didn’t pay attention to royal anything before. Fantastic job by both ladies playing the Queen. Their mannerisms are pretty much identical. Switching actresses as the Queen ages has been incredibly smooth due to their work.