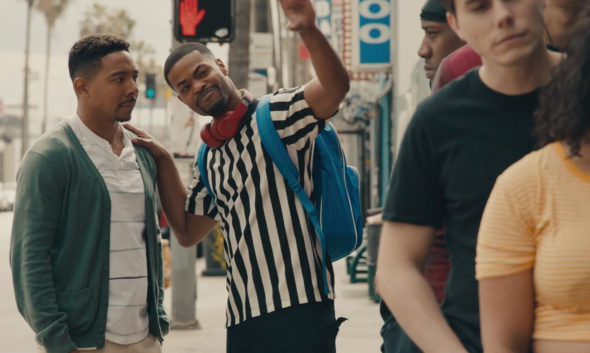 Sneakerheads is coming to Netflix on September 25th and the streaming service has released first-look photos. The drama series follows a group of shoe lovers who are looking for the ultimate pair of sneakers. The project was created by Jay Longino and directed by Dave Meyers.

Deadline revealed more about the plot of this new Netflix series:

“The series centers around Devin, a former sneakerhead turned stay-at-home dad who gets back in the game only to quickly find himself five G’s in the hole after falling for one of old friend Bobby’s (Bachelor) get-rich-quick schemes. Desperate to get his money back before his wife finds out he’s fallen off the wagon, Devin enlists the help of a ragtag group of fellow shoe lovers on his global hunt for the elusive “Zeroes,” the holy grail of hard-to-find kicks.”

FIRST LOOK: Allen Maldonado, Andrew “@KingBach” Bachelor & Jearnest Corchado star in Sneakerheads, a series about a group of friends who team up to track down the holy grail of hard-to-find kicks.

What do you think? Will you check out the Sneakerheads TV series on Netflix?