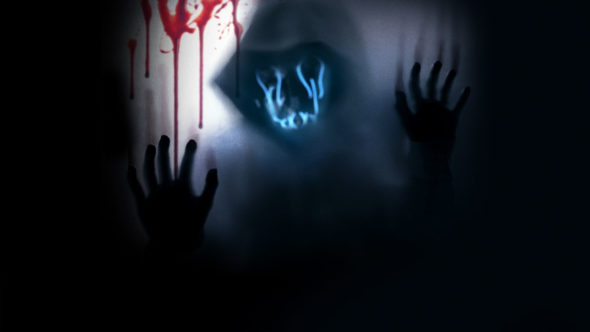 Will the horror continue? Has the Slasher TV show been cancelled or renewed for a fourth season on Netflix? The television vulture is watching all the latest TV cancellation and renewal news, so this page is the place to track the status of Slasher, season four. Bookmark it, or subscribe for the latest updates. Remember, the television vulture is watching your shows. Are you?

Unless it decides to publicize its viewership, it is hard to predict whether Netflix will cancel or renew Slasher for a fourth season. Lately, it seems like not too many Netflix TV series make it much longer. The upside is, if a renewal is coming, we should know sooner rather than later. I will update this page with any Slasher cancellation or renewal news, so subscribe for free alerts.

What do you think? Are you glad Slasher TV show has been renewed for a fourth season? How would you feel if Netflix cancelled this TV series, instead?

I would be very pissed if netflix decides to cancel this show. This show is very good and it should be a netflix special. I hope they renewe it soon though clearly the slasher show has a lot of fans.

Believe season 4 should be released ASAP

I hate that it takes so long between seasons to hear anything about another season. I love the show and just hearing that eventually we were getting a new story would be great. But now it’s been a year and a half since season 3 and there’s still no word. I guess if we’re being canceled Netflix would announce it but it’s just weird that we have to wait so long all the time

I really loved all the seasons for different reasons. I have a suggestion for a season 4. tell the last chapter in the story from the first two seasons of Scream since nobody else is going to be doing that.

please dont cancel it.. its one of the best series on netlix..i have been telling all of co-workers and friends to watch it..

I absolutely love this series and would like to see more seasons , love the fact it has the same cast playing different roles , each story is gripping and gory , perfect for a horror mini series

Have you seen these episodes? I haven’t seen any record of them nor a fourth season renewal.

Please bring back Emma and the crew from 1 and 2. And start season 4

You know this site doesn’t make that decision right?

I loved all 3 seasons of Slasher! Really hoping it will be back with more seasons! Great show!!!

I really hope that this show gets a fourth season. I just found it on Netflix this week, but since starting it I have found a lovely experience. In some ways this show revived the glory of old fashioned slasher films and yet has its very own unique twist on a genre that is so beloved. With a hybrid of American Horror Story and the character progression of Lost (considering the in depth flashback setup) this show dares to be bold and I appreciate it. Keep on keeping on and let’s enjoy another wild ride

I really look forward to a season 4, and beyond! This series from the start captured my attention, and has kept it. Can’t wait to see what’s hopefully next..,