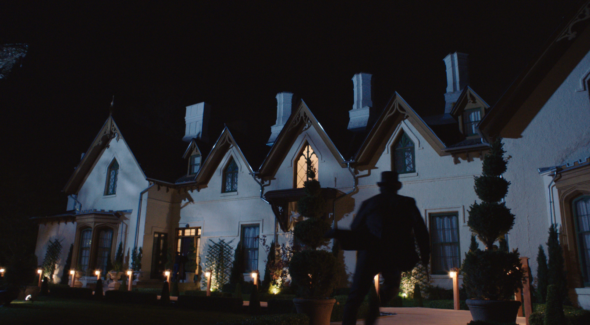 Slasher has found another new home. The horror series previously aired on Chiller and Netflix, and now it’s been renewed for a fourth season on Shudder, a niche streaming service from AMC. Eight new episodes of the series have been ordered.

Paula Brancati, Jefferson Brown, Patrice Goodman, Sabrina Grdevich, and Christopher Jacot star in the series, and they will be joined by David Cronenberg.

The new season of the series is titled Slasher: Flesh & Blood, and production has already begun in Ontario, Canada.

Deadline revealed more about the new season of Slasher:

“Slasher: Flesh & Blood follows a wealthy but dysfunctional family gathering for a reunion on a secluded island. Their old wounds and competitive rivalries flare up when the family realizes a masked killer is on the island, intent on cruelly picking them off one by one.”

“Slasher is clever, bloody, scary and fun, and adding David Cronenberg to the mix will take this new installment of the series to the next level. We couldn’t be more excited to work with Aaron Martin and the team over at Shaftesbury to bring Slasher: Flesh and Blood to Shudder members.”

The new season of Slasher will air on Shudder in 2021, but an exact date has not yet been set.

What do you think? Are you excited for the return of the Slasher TV series? Do you watch Shudder programming?

I thought this was already a Shudder original because – you know – that’s what it says at the beginning of the series when you watch it on Shudder.

I can’t wait! I love all the slasher seasons and I am so excited about a 4th season!

Netflix had canceled this too?!
Netflix by canceling any show is merely a foreign streamer now, more Spanish and French content nowadays. And prices up!
I don’t understand what they are thinking. I guess rivals are replacing it.

Netflix cancels the majority of its good shows after two to three seasons so this didn’t surprise me. I’m surprised they allow Stranger Things to continue.