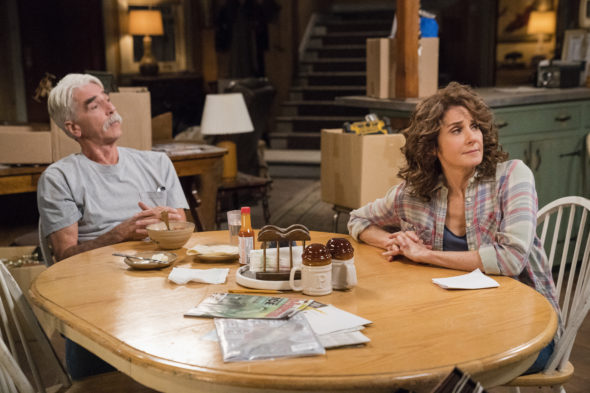 Will Rooster’s departure doom The Ranch? Has The Ranch TV show been cancelled or renewed for a fourth season (parts seven and eight) on Netflix? The television vulture is watching all the latest TV cancellation and renewal news, so this page is the place to track the status of The Ranch, season four. Bookmark it, or subscribe for the latest updates. Remember, the television vulture is watching your shows. Are you?

A Netflix comedy series, the third season of The Ranch (which is called parts five and six) stars Ashton Kutcher, Danny Masterson, Debra Winger, Sam Elliott, and Elisha Cuthbert. The show follows the Bennett family of the fictional Iron River Ranch in the small town of Garrison, Colorado. Masterson was written out with part five following multiple sexual assault allegations made against him.

Unless Netflix decides to publicize its viewership, it is hard to predict if they’ll cancel or renew The Ranch for season four. Despite the Masteron “issue”, I suspect that it will be renewed. I’ll update this page with any developments. Subscribe for free updates on The Ranch cancellation or renewal news.

10/31/18 update: According to Debra Winger, Netflix has renewed The Ranch TV show for a fourth season. Details here.

What do you think? Are you glad that The Ranch TV show has been renewed for a fourth season? How would you feel if Netflix had cancelled this TV series, instead?

Too back and forth, depressing! I did love the show ! Depressing now

Bring back the Rooster.

Here is how to do it, if there are any script writers from the show reading this;

Rooster has contacted Mary and she knows he is alive, that is why she has turned to drugs and is stealing from Maggie’s bar. She is sending the money to Rooster who is still in hiding. Write in Roosters return in the next season and get back to the laughs that are missing this season.

Danny Masterson is not guilty of the 20 year old charges. Man up and do the right thing.