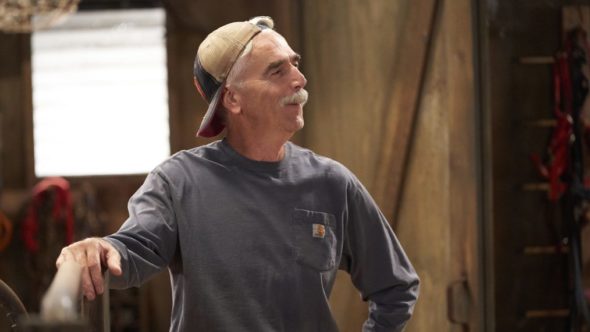 How do parts seven and eight of The Ranch TV show measure up on Netflix? As we all know, the Nielsen ratings typically play a big role in determining whether TV shows are cancelled or renewed. Netflix and other streaming platforms, however, collect their own data. If you’ve been watching this TV series, we’d love to know how you feel about the season four episodes The Ranch. We invite you to rate them for us here.

A Netflix comedy series, the fourth and final season of The Ranch (which is called parts seven and eight) stars Ashton Kutcher, Debra Winger, Sam Elliott, and Elisha Cuthbert. The show follows the Bennett family of the fictional Iron River Ranch in the small town of Garrison, Colorado. In the final season, times are changing, but the Bennetts always have each others’ backs.

What do you think? Which season four (parts seven and eight) episodes of The Ranch TV series do you rate as wonderful, terrible, or somewhere between? Should there have been a fifth season? Don’t forget to vote, and share your thoughts, below.

Yes, there should be a fifth, sixth, seventh, eighth,ninth, tenth and so on. One of the greatest show on! Don’t take it off! Love this show!

Yes there should be a fifth and a sixth!
Why do you cancel the good shows??? Then put crappy ones!! Me and my husband love watching this show!

Love The Ranch!! It’s funny and serious which is hard to find in any programs I watch. Cant wait for the next 10 episodes and hope we get an ending that leaves us with no questions and maybe some tears. would love to see it renewed for another season but I can understand why you would have a difficult time with a story line since Rooster is gone and haven’t seen Maggie in awhile. Lastly I hate the divorce between Colt and Abby! Hopefully they reunite in last 10 episodes.

Although the last episodes have been ok, it would have been much better with Rooster. So I am hoping the last season brings closure . Mary shoots Nick, goes away for therapy & Luke waits for her . She does not go to prison. Rooster returns with a family & a curly headed son full of mischief. His body was never never found his body but he walked away from the accudent with amnesia. Beau is in full retirement & leaves the ranch to the boys. , he & Joann take off for Tahiti . Hank leaves Uber & buys… Read more »

COME ON!!! We love the ranch and absolutely HATE the way you left it!!!! BRING IT BACK

I love The Ranch! Don’t let a great comedy go Netflix. The show and it’s cast are awesome. There is so much more that the writers could do. Don’t give up. They make me laugh, cry, get excited and sometimes nervous for the characters. I care about what happens next, every time! Don’t take away another great show. PLEASE!

I REALLY LOVE THE RANCH. Please keep it going. I LOVE THE ACTORS. The whole show is fantastic.

The Ranch is s GREAT show! Hope it is renewed!!! Look forward to watching it. It also has s great cast!!! Please keep the show going!!