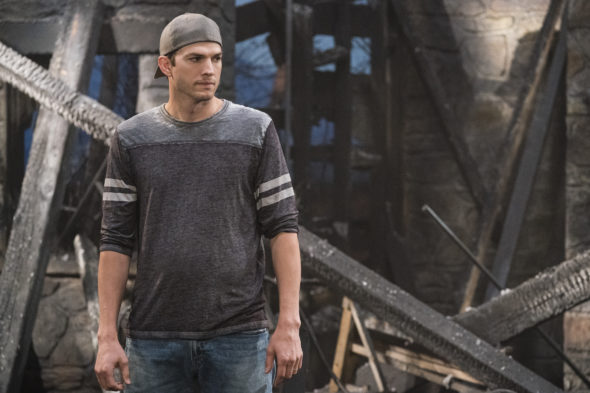 What’s in store for the final episodes of The Ranch? Netflix just announced the TV show’s fourth and final season (a.k.a part seven) will premiere in September, Deadline reports.

The comedy series stars Ashton Kutcher as Colt Bennett, an ex-football star who moves back to his family’s ranch in Colorado. The cast also includes Sam Elliott and Elisha Cuthbert.

Part seven of The Ranch debuts on Netflix on September 13th. The eight and final part of the TV show (the conclusion of season four) is slated to debut in 2020.

What do you think? Do you watch The Ranch? How do you want the series to end?

I think that was a ****** way to end the show. There had better be more episodes coming . What in the world made you people think this was acceptable? Please tell me that the show will continue.

The Ranch has great actors and story lines. I want Beau and his family to end well and on a positive note. A reconciliation between Abby and Colt and Beau and Joanne happy together. I love Sam Elliot. He is a great actor. The show could run a lot longer

No ! Don’t end it !! I would like to see the laugh track removed……other than that, I LOVE it ! More Beau !!! Bring Rooster back……..what a bunch of crap THAT was ! It’s a good show with some really sweet and funny stuff. Are there no writers anymore ? Great actors, a good platform for a lot yet to come. Go RANCH ! <3

I don’t think the series should end at all!!, And Should not be excommunicated from the show. I’m not condoning what happened but what the hell does that have to do with this show??? Nothing!!!!! Period!!!!!

I don’t want it to end. I love Sam Elliott and I really would like at least one more season after this!

I love the show and all the actors involved and I hate to see it come to an end. But confused it says part 7 the final episodes, THEN it say part 8 the come out in 2020? Which is it?

I agree with so many others. Bring Rooster back. If the show has to end…end on a good note. Rooster being back, Colt and Abby being a happy family and Mr Bennett and Joann making a go of it. The last part of the series was so dark and ominous I couldn’t stand to watch it. It wasn’t the show I fell in love with. Real life has alot of trials and tribulations as it is. The ranch was a nice trip away from that for 30 minutes a week. That last season took that all away and was so… Read more »

I want rooster back. He is technically not dead. So it being the final season he needs to be there.

I don’t want “The Ranch” to stop, I love this show. This is the only show I will sit and watch from beginning to end. I am so disappointed it is ending.

I also don’t want the Ranch to end and Rooster needs to come back. He WAS NOT convicted of anything. What happened to innocent until PROVEN guilty. Do the right thing and bring him back!!